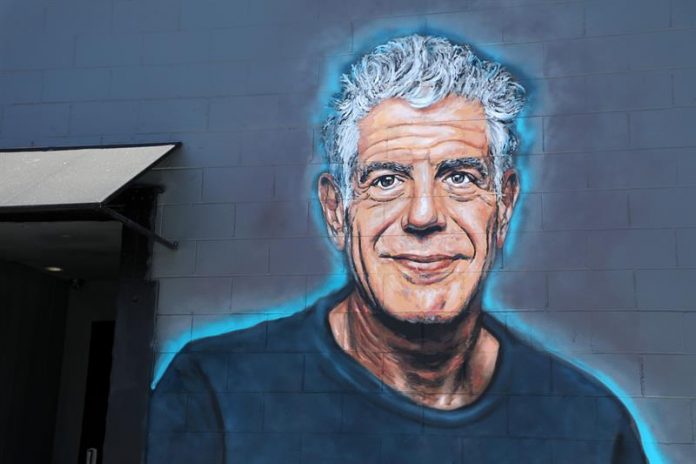 The late US chef Anthony Bourdain left much of his estate, estimated at around $ 1.21 million, to his daughter, Ariane, local media reported today citing court documents.

The will, filed today in the New York Probate Court, delivers most of the possessions to Ariane, 11, and another part to Ottavia Busia-Bourdain, the chef’s former wife, revealed Daily News and The New York Post.

The document, written in 2016 shortly before Bourdain and Busia separated, does not include a condominium that he acquired in 2014 in Manhattan with his then-wife.

In addition, he mentions a mortgage worth 1.1 million dollars for a property that is not specified.

His ex-wife left him the accumulated miles as a frequent traveler and his “personal and domestic effects”, such as vehicles, furniture, books and other items, and asked him to dispose of them according to what he believes his wishes have been.
The versions detail that his daughter inherited the rest of his assets.

The court will choose a guardian for Ariane, since he is a minor, who will be in charge of guarding the management of his assets.

On June 8, Bourdain, 61, was found unknowing in his room of a luxury hotel in Kaysersberg (eastern France) by his friend and French colleague Eric Ripert.

The French prosecutor’s office reported the suicide by hanging the renowned chef, who was preparing a new broadcast of “Parts Unknown” for the CNN television network, and noted that nothing made “think for the moment in the intervention of a third person.”

Bourdain, sentimental partner of the Italian actress Asia Argento since 2016, began his television career after a successful career as a chef in several restaurants in New York, such as the famous Brasserie Les Halles in Manhattan.