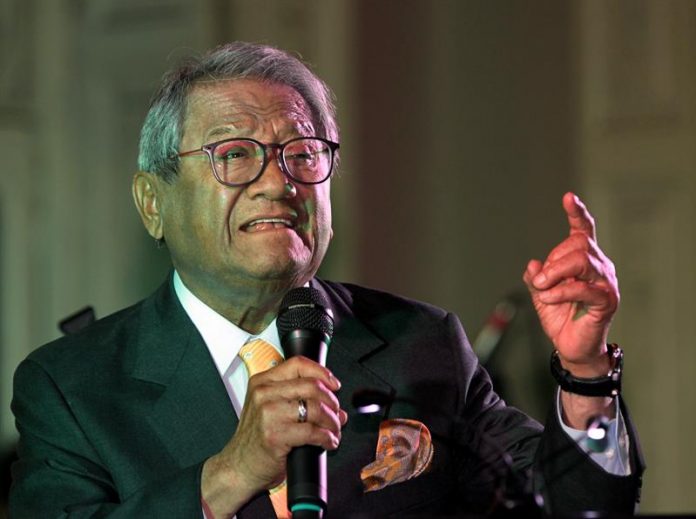 Mexican singer-songwriter and musical producer Armando Manzanero, 82, will offer his first concert in Cuba on July 15 in an area of ​​the emblematic Malecón in Havana, the island’s Institute of Music confirmed today.

It will be a unique presentation in which Manzanero will review his repertoire and perform several songs from his new recordings, and will have as guests the Cuban musicians Omara Portuondo and Elíades Ochoa -integrants of the emblematic group Buena Vista Social Club-, and the singer Hayla María Mompié.

Manzanero, considered the most influential living composer of Latin American music, is very popular in Cuba among bolero lovers, who during the past decades of the 60s and 70s fell in love with their songs.

“This cultural event will strengthen the historic artistic and social relations between the peoples of Cuba and Mexico,” said a note published by the Cultural News of Cuban state television.

In the organization of the concert of the popular Mexican artist, the Ministry of Culture of Cuba and its institutions, the Chancellery of the island, the Embassy of Mexico in Havana and the Agency for International Cooperation for Development of the Ministry of Foreign Affairs have participated. Mexico, the note said.

In principle, Manzanero had scheduled two concerts for January that, for “reasons referring to the health” of the legendary Mexican bolero, were postponed for the days 21 and 22 of April, but finally those presentations did not materialize on those dates either.

Manzanero is the author of more than 400 songs, including hits like “Esta tarde vi llover”, “Somos novios” and “Contigo aprendí”, he has recorded about 40 albums and his music is part of the soundtrack of numerous films.

His songs have been covered by other artists such as Alejandro Sanz, Luis Miguel, Frank Sinatra, Andrea Bocelli, Elis Regina and Juan Gabriel.

Throughout his career he has received important awards and recognitions, including a Latin Grammy and a Musical Excellence Award, awarded by the Latin Recording Academy.

His most recent album is entitled “Tengo Permiso” and is composed of songs composed from texts by his friend, the doctor and writer José Antonio Ceballos.