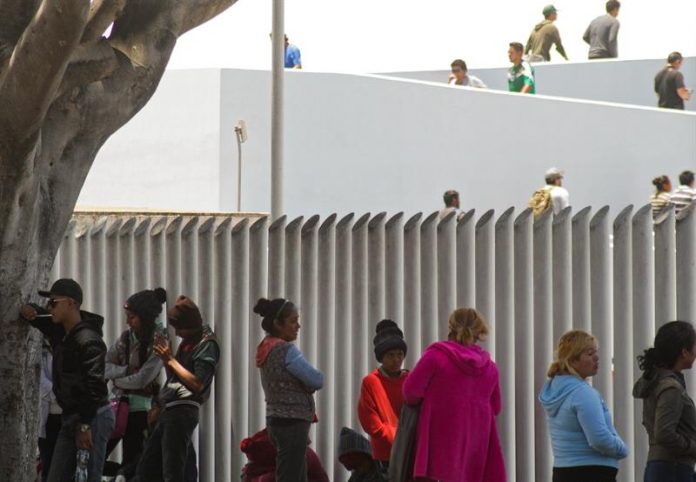 The UN countries plan to close their Global Compact for Migration in the coming days, a great initiative to try to manage the phenomenon on a global scale that contrasts with the rise of nationalist and xenophobic discourses.

The headquarters of the United Nations will be the scene from this Monday of the last round of negotiations of the pact, which will be officially adopted next December at an international summit in Morocco.

The text, however, will be completely closed this week, as explained to EFE by the Mexican ambassador to the UN, Juan José Gómez Camacho, who leads the process together with his Swiss counterpart, Jürg Lauber.

All member states of the United Nations participate in the discussion, with the sole exception of the United States, which under the Donald Trump government decided to withdraw on the grounds that it is inconsistent with its immigration policies.

The document, officially known as the Global Compact for Safe, Regular and Orderly Migration, is structured around 23 major objectives and includes a series of specific commitments, although not legally binding.

Among them, according to the most recent draft, are to increase the routes of regular migration, use the detention of migrants only as a “last option” or facilitate their access to public services regardless of their status.

Some of the key points, however, are still pending a final agreement, which countries must close during the next few days.

According to Gómez Camacho, among them is how to guarantee protection for those immigrants who, despite not being considered refugees, are in a situation of vulnerability.

The pending issues also include defining in what circumstances an individual may be involuntarily repatriated and the obligation of the countries of origin to accept the return of their nationals.

The agreement is the result of an agreement reached in 2016 by international leaders, who decided to open the negotiation of two major agreements, one on migrants and the other on refugees.

In the case of the pact on migration, after a year of consultations, the intergovernmental negotiations started last February and will culminate in this sixth and final round.

The process has developed while in many countries the anti-immigrant rhetoric is growing, something that for Gómez Camacho has created a “huge paradox”.

“On the one hand, at a global level, in some parts there is a discourse against migration and, nevertheless, we are carrying out and about to conclude an absolutely historic process,” he told Efe.

According to the Mexican diplomat, the messages against the immigration of governments like the one of the USA or those of several European countries “interestingly have had the effect of fortifying the negotiation”.

The agreement, according to Gómez Camacho, will “rewrite the world narrative on migration”, with a story based on “evidence” and not on “perceptions, ideologies or prejudices.”