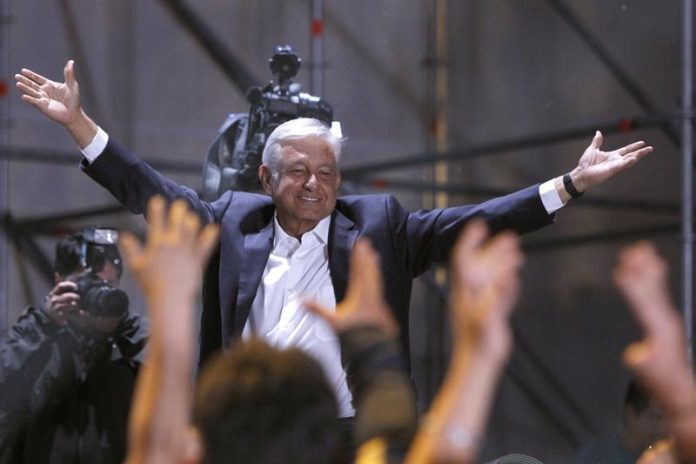 Heads of State and Government today sent their congratulations to Andrés Manuel López Obrador (AMLO) for his victory in a “historic election” with Mexico has given a hitherto unprecedented turn to the left.

The US and Canada, their neighbors to the north, were among the first to send a message of congratulations to López Obrador, who, according to the National Electoral Institute (INE), obtained between 53% and 53.8% of the votes, which He led his opponents to admit defeat even before the official results are known.

“Congratulations to Andrés Manuel López Obrador for becoming the next president of Mexico, I am very eager to work with him,” wrote US President Donald Trump on Twitter, where he stressed that “there is much to do that will benefit” both countries

The Prime Minister of Canada, Justin Trudeau, was “impatient” to work with him to “strengthen” the relationship between their countries, “close friends and long-time partners”, and “create economic growth that benefits many and advance on human rights and equality. ”

From Europe, Russian President Vladimir Putin praised his “friendly relations with Mexico and trusts his development” after the victory of AMLO, who asked him to “pay due attention” to bilateral cooperation.

Also Beijing congratulated López Obrador, “under whose leadership Mexico will achieve new achievements in its national development and will continue to play an important role in international and regional affairs,” said the Chinese Foreign Ministry, which recalled that Mexico and China are “good friends “and” global strategic partners “.

Germany, for its part, showed its desire to maintain “close and friendly cooperation” with Mexico while waiting for Chancellor Angela Merkel to personally congratulate AMLO, according to the government spokesman.

Earlier, Spain had also expressed its willingness to deepen ties of friendship between the two countries “to build together a future of prosperity and stability,” like Japan, which said it will be “pending the economic and commercial policies of the new Government “Mexican.

In Latin America, the president of Venezuela, Nicolás Maduro, considered that the victory of AMLO supposes the triumph “the truth over the lie and the hope of the Great Homeland is renewed”.

The one from Ecuador, Lenin Moreno, was anxious for both countries to continue “strengthening ties and uniting hopes”, after wishing their “best wishes for the brother Aztec people”.

Meanwhile, Bolivian President Evo Morales described the triumph as “forceful” and stressed that AMLO “will write a new page in the history of Latin American dignity and sovereignty.”

Cuba also wanted to congratulate the new Mexican president on “historic elections”, the same qualification used by the Secretary General of the Organization of American States (OAS), Luis Almagro, who acknowledged the “broad participation” and welcomed the other candidates to accept quickly the victory of AMLO.

Colombian President Juan Manuel Santos expressed his desire that López Obrador “maintain the excellent relations” between the two countries, in the same vein as his Salvadoran colleague, Salvador Sánchez Cerén, to “strengthen the deep ties of friendship based on the welfare “of both peoples. 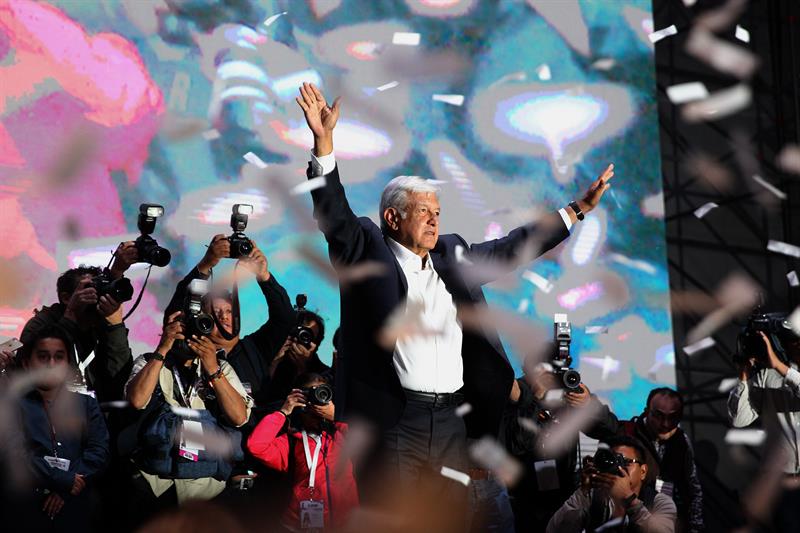 For its part, Argentina advocated that both countries work to “build a stable, integrated and democratic Latin America,” the Foreign Ministry wrote on Twitter.

In Mexico, both the outgoing president, Enrique Peña Nieto, and Vicente Fox and Felipe Calderon wanted to wish the new president success and highlighted the strength of Mexican democracy.

“He had other options as a preference, however democratically the people of Mexico decided and decided for good,” Fox wrote, while Calderón wished that “he should govern with good sense and honesty, attentive to what his subordinates do”.

Also the head of Mexican diplomacy, Luis Videgaray, showed his congratulations on stressing that “the hour of reconciliation has arrived, the future president must have the support of all, Mexico comes first”.