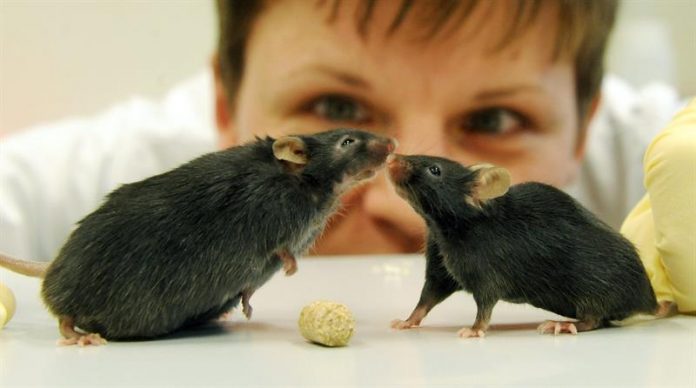 A drug developed experimentally by researchers at Johns Hopkins University has managed to slow down in mice both the progression of Parkinson’s disease and its symptoms, the university said today.

The researchers, who in experiments with cell cultures of the human brain and a preclinical model of Parkinson’s disease in mice discovered that the so-called NLY01 stops “neuronal degeneration”, project to test the drug in clinical trials this year.

“The drug protects the target cells of the nervous system in a truly amazing way,” explains Ted Dawson, director of the Institute of Cellular Engineering and professor of neurology at the Johns Hopkins University School of Medicine, based in Baltimore, Maryland.

If clinical trials are successful, NLY01 would be one of the first pharmacological treatments whose action would not only be aimed at improving muscle stiffness, tremors and dementia, among other symptoms of Parkinson’s disease, but specifically to slow the progression of the disease, says Dawson.

The results of the study were published in the digital scientific journal Nature Medicine.

In a statement, Johns Hopkins University explains that NLY01 acts in a similar way to the compounds that are administered to increase blood glucose levels of people with diabetes mellitus.

Although the results of previous investigations in animal models had allowed to conjecture the neuroprotective potential of this type of drugs against diabetes, it had not been demonstrated concretely how this mechanism worked in the brain.

In order to discover it, Dawson and his team tested the drug NLY01 using three types of brain cells of great relevance: astrocytes, microglia and neurons.

Astrocytes, stellate morphology cells that allow synaptic communication, when they become “reactive” due to a chemical signal sent by the microglia, “rebel” and begin to “devour the contact points of brain cells, which, in turn, produces neuronal death. ”

In a preliminary experiment with human brain cells reproduced in vitro, Dawson’s team administered the NLY01 to the human microglia and found that the activation signal did not occur and that the astrocytes did not become destructive cells and managed to retain their neuroprotective function .

They then tested the efficacy of the drug in mice that, by genetic modification, carried a version of Parkinson’s.

In a first experiment, Dawson’s team injected the alpha-synuclein protein, whose folding is believed to be the main cause of Parkinson’s, to ten mice, who were subsequently administered NLY01.

In addition, the researchers injected alpha-synuclein into another group of similar mice, who were not given the drug.

This second group of mice showed significant motor impairment in behavioral tests, while mice treated with NLY01 retained both their normal physical functions and dopaminergic neurons, a clear indication of the protective effect of the drug in the development of Parkinson’s disease. .

In a second experiment, the team of researchers studied a group of mice that, by genetic modification, produced, naturally, an alpha-synuclein protein more analogous to human.

Under normal conditions, the transgenic mice had to die in 387 days, but Dawson’s team observed that treatment with NLY01 prolonged the survival of the 20 mice treated with the drug in more than 120 days.

After conducting a more thorough analysis, the researchers cautioned that the brains of mice treated with the drug NLY01 had little indication of the neurodegenerative features of Parkinson’s.

Parkinson’s disease is a neurodegenerative disorder that affects the nervous system chronically and progressively. According to the Anti-Parkinson’s Foundation, this disease affects approximately one million people in the United States.