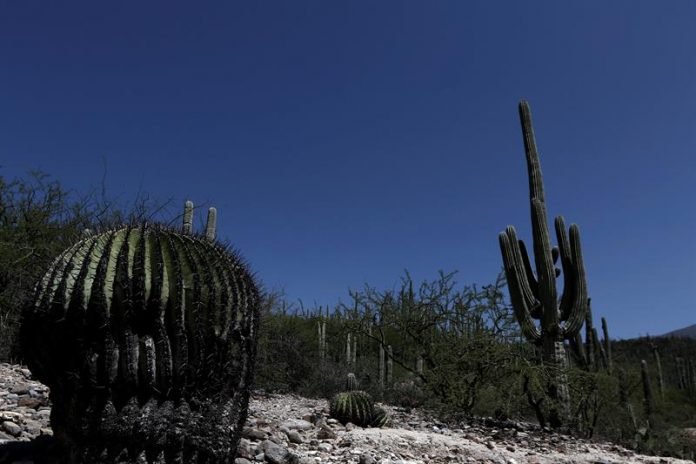 The Unesco World Heritage Committee, during its 42nd session held in Bahrain, has inscribed on the list of this body 19 new protected sites, among which is the historic Spanish Caliphate city of Medina Azahara and the Mexican valley of Tehuacán -Cuicatlán

Among the 19 sites, there are three mixed of natural and cultural value, a category in which that Mexican valley was included, which houses the densest columnar cacti forests on the planet, as well as an exceptional system of water management, constituted by canals, wells, aqueducts and dams, which are the oldest on the continent, as explained by Unesco.

Also in that category is the Serranía de Chiribiquete National Natural Park in Colombia, which has impressive rock formations where some 75,000 rock images have been located in shelters and is home to indigenous peoples and animal species, such as the jaguar, the puma and the tapir of Brazil.

Of the 19 sites that received the support of the countries gathered in Manama since last day 24, three are of natural character and are located in South Africa (Montes de Barberton Makhonjwa), France (tectonic site of the volcanic chain of the Puys and the Limagne fault) and China (Fanjinshan site in the Wuling mountain range).

In addition, we must add another natural site that was already on the list of World Heritage since 2001, but the registered area has been expanded to exceed one million hectares: it is the valley of the Bikin River, in Russia, which comprises coniferous forests and deciduous, and “remarkable” mammals, such as tigers of the Amur, dwarf musk deer, wolverines and cyperine martens, according to Unesco.

Among the 13 cultural sites that have become part of the list of World Heritage highlights the Medina Azahara site, located in Cordoba (Spain), where are the vestiges of the palatial city built in the middle of the tenth century by the dynasty of the Umayyads to be the seat of the Caliphate of Cordoba.

It was also included the industrial group of the Olivetti company in Ivrea (Italy), built between 1930 and 1960, and which reflects the ideas of the Community Movement (Movimento Comunità), whose objective was to carry out social projects with a modern vision of the relationship between architecture and manufacturing production.

In addition, two new sites have been registered in Germany: the border archaeological complex of Hedeby and Danevirke, which dates from the first millennium of our era and the beginning of the second and has been key to understanding the historical and socioeconomic evolution of Europe at the time of the Vikings; and the Cathedral of Naumburg, “exceptional testimony” of the art and architecture of the Middle Ages, in the words of Unesco.

To these, there are sites located in Denmark, Turkey, Saudi Arabia, Oman, Iran, Japan, South Korea, India and Kenya.

As for the island of Socotra, located in the Indian Ocean about 385 kilometers south of the Yemen coast, the committee decided not to include it in the list of endangered sites, but requested that a joint mission of the World Heritage Center and the World Conservation Union (IUCN) can visit the archipelago to assess the situation.

Socotra is already a Unesco World Heritage Site due to its rich flora and fauna, but it was declared by the Yemeni authorities as a natural catastrophe after the passage of the Mekunu cyclone island last May.

The member countries of Unesco today concluded the voting of the new World Heritage sites, which lasted from last Friday, presided over by Sheikha Haya Bint Rashed al Khalifa of Bahrain, host country of the 42nd session of the committee.

Tomorrow is scheduled to prepare the 43rd session to be held in 2019 and Wednesday will conclude this year’s meeting, which has not been free of controversy for the participation of a small Israeli delegation, a country that has no diplomatic relations with Bahrain.