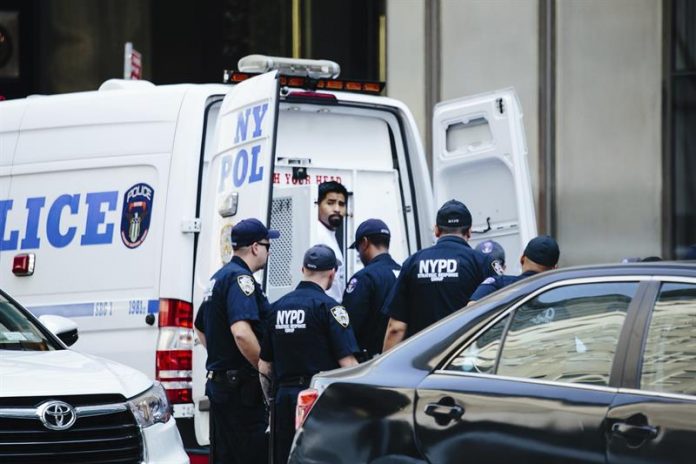 Police in New York reported that eight people have been arrested in connection with the murder of a 15-year-old boy in the Bronx district by alleged gang members, who killed the wrong young man.

Six of the suspects, José Muñiz, José Taverez, Manuel Rivera, Danel Fernández, Joniki Martínez and Santiago Rodríguez, arrested on Sunday in the neighboring state of New Jersey, appeared today at an extradition hearing, which they did not oppose, and will be brought to New York for the official presentation of charges in the Criminal Court of the Bronx.

All, except Fernandez, had the services of an interpreter during the one-hour hearing in a court in Passaic County.

They will join two others, Kevin Álvarez and Elvin García, arrested in the Bronx, who will also be charged for the murder of the child, of Dominican origin, who was stabbed in the neck with a machete and a knife, after being dragged into the street from the convenience store where I was, a murder that has shaken the community.

Also to figures like the NBA player Carmelo Anthony who along with his wife visited the family on Thursday, who received calls from Mayor Bill de Blasio and the police chief, James O’Neill.

The detainees are presumably members of the Trinitarios gang, made up of Dominicans.

According to the boyfriend of the victim’s sister, a leader of that gang would have sent a message to the family regretting the mistake that led to the murder of the child.

“I’m sorry, I know that does not mean much, it was not supposed to be him,” says the alleged message, according to 19-year-old Derek Grullón.

Grullón also indicated that the supposed leader of the gang also affirmed in the message that those responsible were allegedly expelled from the Trinitarians.

The minor’s remains are veiled in the Bronx, where hundreds of people have come and will be buried tomorrow.