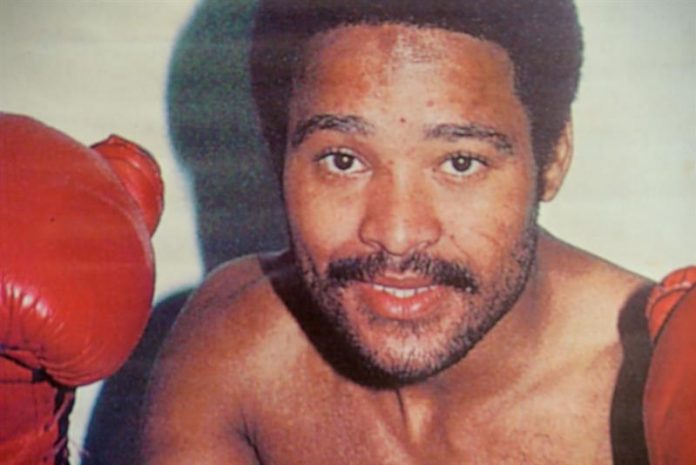 Former Puerto Rican boxer Wilfredo Benitez, the youngest fighter to win a world title, faces in Chicago (Illinois, USA) his most difficult fight, the unstoppable deterioration he suffers due to what is commonly known as “boxer dementia” .

After a few days in the American Norwegian hospital after his arrival in Chicago, Benitez, 59 years old, is now in a private house in the Puerto Rican neighborhood of Humboldt Park under the care of his sister Yvonne Benítez, a doctor and others family

‘The Radar’, as the other fighters nicknamed him for not knowing which side he was going to attack them, is conscious, but for the moment he can not speak, nor walk or move the fingers of his hands due to the post-traumatic encephalopathy he was diagnosed with. doctors shortly after his retirement in 1990.

Boxer dementia or pugilistic dementia is a neurodegenerative disease that affects boxers, both amateurs and professionals, because of the repeated blows they receive and cause concussions.

Benitez arrived in Chicago thanks to his glove partner Luis Mateo, who did everything possible to bring him to Ciudad de los Vientos to receive the “adequate medical attention he deserves.”

Mateo told Efe that it all began during a visit to his friend, also ex-boxer Tito Trinidad last December in Puerto Rico while he was helping the victims of Hurricane Maria.

“I was at Tito Trinidad’s house and he told me (that) Wilfredo Benítez was not going to last long.” He is in poor condition, if they do not do something for him and they seek better medical care, he will not last long. “, said Mateo. 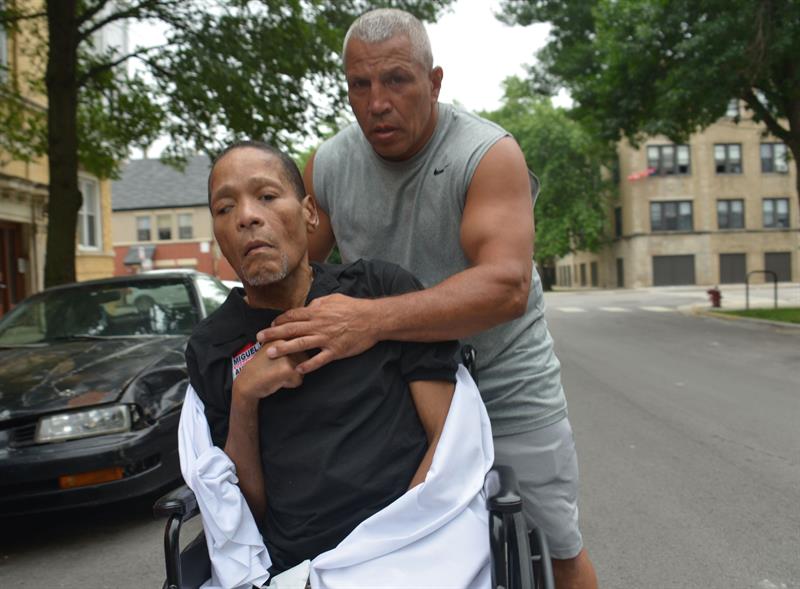 He confessed that he cried a lot when he learned about the situation of his quadrilateral partner for many years during his golden age.

Mateo emphasized that for months he tried to bring Benítez to Chicago, until finally with the help of volunteers and Puerto Rican groups of the city he managed to gather enough including plane tickets for his transfer.

“The decision to bring him to Chicago has been good,” Yvonne Benítez, the expugilist’s sister, told Efe.

Benitez’s condition is precarious, although he is apparently improving because he is still conscious, he said, adding that at the moment they are still evaluating him to decide which doctor will take care of him.

He explained that the ex-boxer was hospitalized when Hurricane Maria hit the island flooding his house, which made his subsequent medical care difficult.

Now, Benítez spends his days in a house in the Hispanic neighborhood of Humboldt Park where, with the help of his family, Puerto Rican and voluntary organizations, medical care and food are being provided.

“He was a good fighter, he brought glory to Puerto Rico and the United States too, nobody will ever erase his history,” said the sister about the boxing legend.

Benitez, is considered the youngest world champion in history as he won the World Junior Welterweight title of the World Boxing Association (WBA) at 17 years of age.

During his career, Benítez, who became the fifth boxer to win world crowns in three different categories, had a record of 53 wins, 31 of them by knockout; a draw, and 8 defeats, most of them when he was already in decline of health.

Admitting that Isla del Encanto has always been a fertile ground for good boxers, Yvonne told Efe that her brother’s memory in history will remain.

“That’s the way it is, he will always be in the memory of his people,” he said.

Mateo told Efe that after the victory of Benitez against the legendary former lightweight and welterweight champion of the world, the Panamanian Roberto Durán, he told him “Luis, I can not pay you for everything you’ve done for me”.

“Then he took me to a store and bought me $ 900 in new clothes and that’s why I went to look for him now,” he confessed.

Mateo hopes that with the advances of science and research with stem cells there may be the possibility of helping more the boxer who was born in New York and then moved, in full youth, with his family to Carolina, Puerto Rico.

“This Wednesday we will go to meet with the mayor of the city Rahm Emanuel and the members of the Council of the city and we will talk about how to help Wilfredo Benítez,” said Mateo.