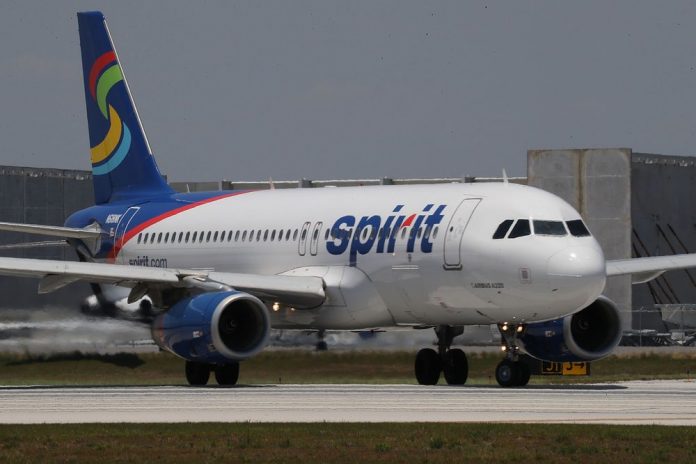 MIRAMAR, FL.– From a tranquil rainforest, to a bustling metropolis, to the crystal waters of the Caribbean, the options for exotic culture and cuisine are endless as Spirit Airlines grows immensely in Orlando! In an unprecedented expansion, starting October 4, 2018, Spirit will begin offering international service from Orlando International Airport (MCO) to 11 new destinations in Latin America and the Caribbean, as well as 3 more domestic routes rolling out through the fall. The announcement marks one of the largest expansions in the airline’s history and includes service to the U.S. territories of Puerto Rico and the U.S. Virgin Islands.

With this announcement, Spirit will now provide additional service from Orlando to eight countries and two U.S. territories. It comes just days after the airline announced new routes from Orlando to Asheville and Greensboro, North Carolina, as well as Myrtle Beach, South Carolina. Spirit will now provide the Orlando region with nonstop service to and from 38 destinations, with up to 49 daily flights across the U.S., the Caribbean, and Latin America.

“We have been proud to serve Orlando for 25 years, and after more than doubling service last year, we are so proud to be expanding there yet again,” said Bob Fornaro, Spirit’s Chief Executive Officer. “Orlando is now one of our largest markets, and we have no plans on stopping our growth.

The region is not only a wonderful, family-friendly destination, but it is well-positioned to now serve as a gateway to the Carribean and Latin America.”

“Spirit Airlines has a long history here at Orlando International Airport, and today’s announced plans for more investment into this market are a direct reflection of that long-time business partnership,” said Stan Thornton, Chief Operating Officer of the Greater Orlando Aviation Authority.

With Spirit’s expanding network, the airline continues to improve its on-time performance and Guest satisfaction, while building upon its larger commitment to invest in the Guest experience.

The airline recently announced that state-of-the-art high-speed Wi-Fi connectivity will be installed on its entire fleet by summer of 2019. Recent Department of Transportation data shows Spirit Airlines among the top carriers for on-time performance and baggage handling. Guests can learn more about Spirit’s pledge to keep improving at InvestInTheGuest.com. To check out Spirit’s super low fares and vacation packages to the Caribbean, Latin America and other destinations head to spirit.com, and don’t forget to sign up to receive alerts on Spirit’s email deals and special offers. 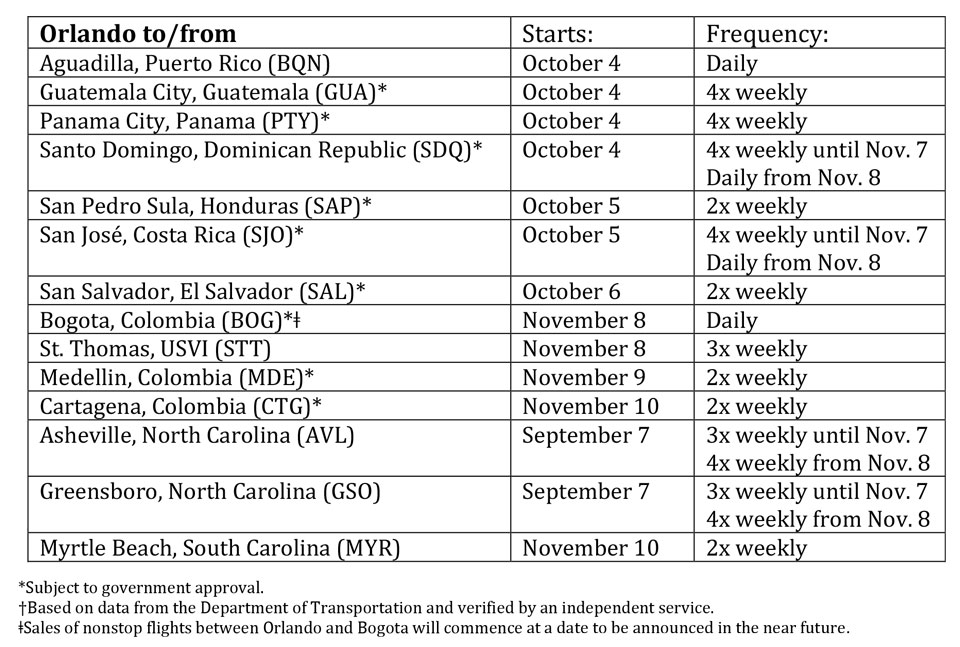