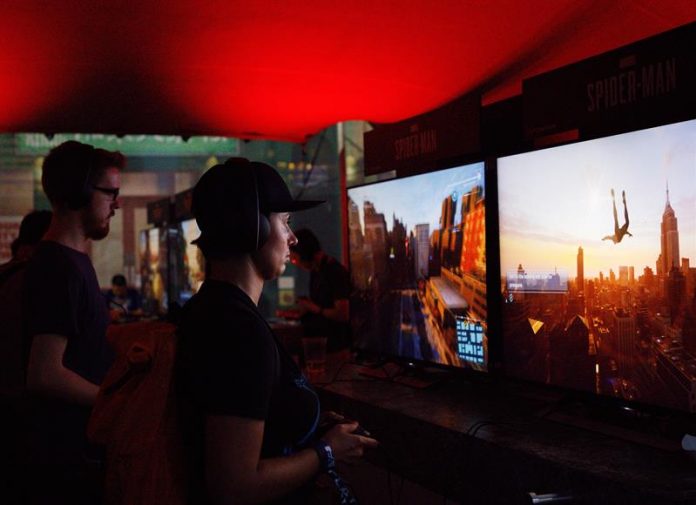 Perhaps without the glamor and fame of cinema or music, but with a multi-million dollar business driven by countless fans with an overwhelming passion, the videogame industry today showed its strength in Los Angeles at the opening of E3, the most important fair in the sector .

The Convention Center of the Californian city hosted today the opening day of E3, organized by the Entertainment Software Association (ESA) and that will remain open until Thursday to receive thousands of followers and digital leisure professionals.

After several days of previous conferences, in which giants such as Sony, Nintendo and Microsoft unveiled their novelties for the new season, this Tuesday it was the turn of the users to assume the leading role, grab the controls and, with a fixed gaze on the screens, will begin to explore the new digital adventures offered by this E3.

Dozens of people tried out games like “Pokémon: Let’s Go, Pikachu!” or “Assassin’s Creed: Odyssey” after waiting very long rows in one of the usual pictures of this type of events.

Traditionally conceived as a professional and business event, this E3 repeats what was its novelty last year and has sold tickets for fans, after in 2017 up to 15,000 fans of the game were cited in Los Angeles (in total, the fair counted with 68,400 visitors).

Through the halls of the Convention Center stimuli of all kinds are displayed: rows of computers and consoles to try new games, huge posters with the latest temptations for PlayStation 4 or Xbox One X, and interactive experiences of all kinds.

For example, the followers of “Resident Evil 2” could take a picture with a living dead attacking them in a car, although for scares those of the zombies of “Dying Light 2” when they walked writhing in the entrance of the E3 to receive the Unsuspecting visitors.

The fair manages to make Los Angeles forget Hollywood for a few days and become the game capital of the world, as shown by the numerous advertising posters that populate the center of the city or emblematic theaters such as the Orpheum or the Hollywood Palladium. its spaces for acts of E3.

Following the fashion of “esports” (electronic sports), the fair also includes several spaces for competitions with live narrators and commentators.

Armchairs with luxurious amenities, keyboards that resist any frustration of players, modern controls inspired by the old 8-bit consoles or high-definition televisions are some of the additional products that are shown in the E3 to achieve the perfect experience with a video game.

And so that no physical mishap interrupts the marathons before the screen, energetic supplements and electronic stimulators for muscular pains are also announced.

Under the spotlight of a mammoth videogame industry that, according to Newzoo specialized consultant, generated 121.700 million dollars of income worldwide last year, small “indies” games are also placed trying to make their way into E3.

This is the case of the young Gabriela Gomes, originally from Belo Horizonte (Brazil) and who, inspired by the Alzéimer that her grandmother suffered, presents at the fair the “Healing Spaces” project, designed to help the elderly suffering from dementia.

“My grandmother lost the skills to connect with her environment, with her caregivers and with us, somehow I found myself thinking about her because I am very interested in technology that can improve people’s lives,” Gomes told Efe.

Arising from his thesis for the master’s degree he studied at the University of Southern California (USC), “Healing Spaces” proposes a multisensory experience that, with screens, lights, colors and stimuli for touch or smell, allows the elderly to connect with lost memories or images of the past that seemed forgotten.

Gomes explained that now they try to make “Healing Spaces” grow and expand its functions, and trusted in the future of videogames beyond entertainment: “I think that playing is a way to connect with the world, with people (…) At the intersection between health and games, the opportunities are incredible. “