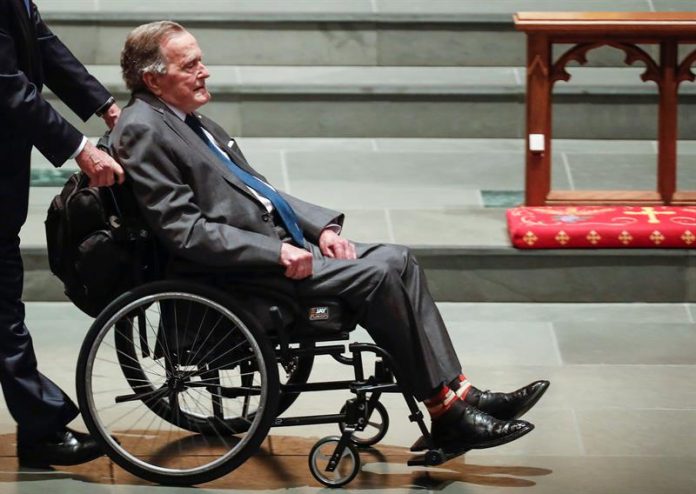 Bush will spend his birthday accompanied by his family in Kennebunkport (Maine), after the day 4 was discharged from a hospital after spending ten days admitted for low blood pressure and fatigue.

The former president, who suffers from a type of Parkinson’s that forces him to go in a wheelchair, has been hospitalized several times in recent years for different reasons.

In addition, last April he suffered a severe blow with the loss of his wife, the former first lady Barbara Bush, who died at 92 years.

The Bush family saga is one of the most relevant in the country’s politics, since two of George H.W. Bush and Barbara have also had a prominent role, such as George W. Bush, who was president between 2001 and 2009, and the former governor of Florida (1999-2007) and presidential candidate in 2016, Jeb Bush.