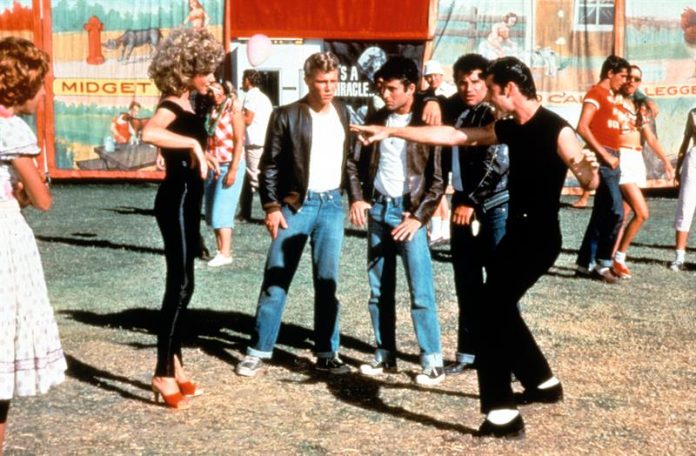 “I got chiiiiiills, they’re multiplying” exclaimed an absorbed John Travolta upon seeing Olivia Newton-John with a cigarette between his lips, stuffed in leather and asking for “war”, the most iconic moment of the musical “Grease”, turned into a popular classic 40 years after its premiere.

Nominated for the best original song (“Hopelessly Devoted to You”, included at the last minute by the producers for Newton-John to show off with a ballad), it was the highest-grossing film in 1978 and the one that made Travolta, that was coming to premiere “Saturday Night Fever” a year before, in one of the great stars of Hollywood.

The film, directed by Randal Kleiser (“The Blue Lagoon”), was based on the Broadway musical that premiered in February 1972 and carried out more than 3,300 performances, a work in which Travolta originally appeared as a substitute for a Secondary actor.

The summer ends and also the romance between the handsome Danny and the sweet and fragile Sandy, who must return to his native Australia, but the love between both lovebirds resurfaces when they coincide in the Californian institute Rydell, where the gang habits of which are part (the T-Birds and the Pink Ladies) will put some obstacles to their happy reunion.

That is the argument of this Californian romance that develops in 1959 and that, as the author Scott Miller considered in his book “Sex, Drugs, Rock and Roll and Musicals”, proposed a whole revolutionary story for that time, subverting the topics of the gender and daring to touch sensitive topics such as sex and rebellion.

That was part of the charm of the story, thanks to the work of Stockard Channing as the cynical Rizzo or the late Jeff Conaway as Kenickie, the protagonist’s best friend, who infused personality and charisma to his characters despite the fact that his teenage years had They were already far away (they were 33 and 27 years old, respectively).

The chubby and defiant attitudes of the T-Birds – it is said that up to 100,000 chewing gums were used during filming -, with their imposing leather jackets and industrial quantities of hair gel, clashed with the strong personality of the members of the Pink Ladies.

But, finally, love prevails while popular songs such as “Summer Nights”, “Grease” (sung by Frankie Valli) or “Greased Lightnin ‘”. In fact, the film’s soundtrack was the second best-selling album of the year, just behind another soundtrack, that of “Saturday Night Fever”.

His controversial ending, in which Sandy completely changed his appearance and attitude to finally conquer Danny, was criticized for the way the actress played, but as defended by Jim Jacobs, creator of the Broadway show, the scene He parodies the cinematographic stereotypes in which the rebel always ends up abandoning his bad manners.

“It was a mockery!” Jacobs said in an interview with the Daily Herald in 2010. “It was a way to make fun of all those Hollywood movies in which the hero eventually becomes an exemplary citizen,” he added.

The success of the film, which premiered in New York on June 13, 1978, led Paramount Pictures to bet on a sequel, “Grease 2”, which was received with very negative criticism and to which the public turned its back , but that at least served to launch the career of Michelle Pfeiffer.

But Los Angeles continues to receive year after year the arrival of tourists whose plans do not miss the visit to the beaches of Leo Carrillo State, where the scenes of the incipient romance between Danny and Sandy, and the Venice High School, which served as location for the exteriors of the Rydell institute.