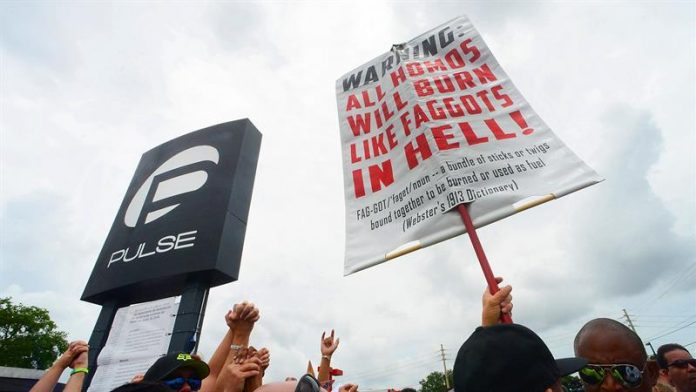 Florida Governor Rick Scott today declared June 12 as the day to remember the 49 victims of the massacre at Orlando’s gay club Pulse in the center of the state on the eve of their second anniversary.

The official proclamation calls on “all Floridians” to do from tomorrow, and during the following years on the same date, a moment of silence at 9.00 in the morning (13.00 GMT) in tribute to the 49 dead

The so-called “Pulse Remembrance Day” is a “recognition of the 49 innocent lives lost in the terrible attack,” the document said.

Likewise, the state flags in Florida will fly tomorrow at half-mast to remind the victims of one of the worst gunshots in the country’s recent history.

Two years ago, Omar Mateen, an American of Afghan origin, sowed terror among those attending Pulse after breaking in armed with an assault rifle and an automatic pistol and began firing indiscriminately against the hosts and participants of a Latin party, in his Puerto Rican majority.

For about three hours, during which he remained inside the club with about thirty hostages, Mateen telephoned the police negotiators who acted on behalf of the Islamic State (IS), a terrorist group to which he swore allegiance.

Mateen also died in the bar during the subsequent confrontation with the authorities, who had to tear down a wall to rescue some of the hostages, several of them hiding in a bathroom.