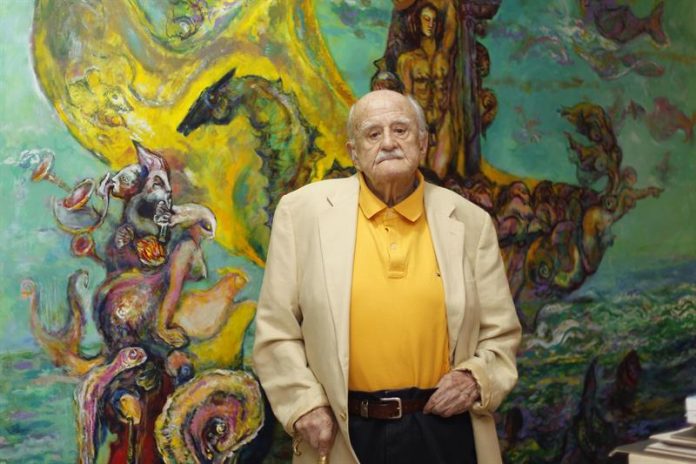 The Mexican painter José García Ocejo, considered one of the last exponents of the so-called “Generation of the Rupture” of the art of Mexico, affirms to Efe, at 90 years of age, that “old age is uglier than death”.

“Death is a break and old age is not rest, it’s horrendous”, explains García Ocejo, a painter and artist known for acid humor, black and resists the passage of time on his wrinkled face and thick lenses that show some eyes vivacious with a thousand adventures on top.

In his residence in Mexico City, Garcia Ocejo spent his days in front of his canvases, the hobby he discovered when he was four years old and that eventually became part of his being, he says.

García Ocejo is considered one of the last exponents of the “Generation of the Rupture”, as it was called in the mid-twentieth century artists who broke spears against the tradition of the Mexican school of painting dominated by muralists such as Diego Rivera and José Clemente Orozco and David Alfaro Siqueiros.

Born in 1928 in Cordoba, in the eastern state of Veracruz, García Ocejo was awarded a scholarship to study art in Madrid (Spain) from where he moved to Salzburg (Austria) to be a pupil of Oskar Kokoschka, an Austrian painter and poet.

Ocejo declares himself a lover of music, even more than painting, but only as a way to relax.

The old Mexican folk song, like the Lucha Reyes, is passionate and does not hesitate a moment to sing a capella the lyrics of the song “Ladino Woman”.

His works have participated in more than 50 personal and collective exhibitions in Mexico and in countries such as Spain, Japan, the United States, Turkey, Egypt, Italy, Israel, Yugoslavia, Czechoslovakia, France, Canada, Poland and Germany. 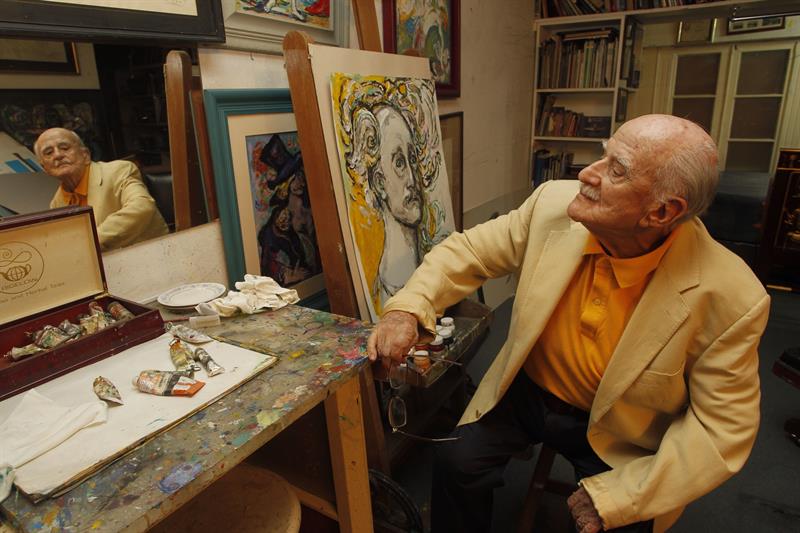 For his engravings, drawings and oil paintings with interpretations linked to dance, the novel or historical figures, García Ocejo won the “Elías Sourasky Prize” of the Solar Exhibition (1968); “National Art Prize” (1978); “National Award of the Distinguished University of the UNAM” (1982) and the “Medal of the Arts” (2006).

Ocejo considers as his teachers José Luis Cuevas, of whom he became an intimate friend, and Diego Rivera himself, whom he remembers as a very frank person, very badly spoken but without a doubt “he was a genius”.

“I did not like her painting because I did not understand it, I understand it now,” points out Efe García Ocejo with another smile in between after it was the artists who broke with the “muralist parents” of Mexico.

He tried to study architecture but in the classrooms of San Carlos, of the National Autonomous University of Mexico (UNAM), he ratified what he knew in his heart, that he never had faculties for architecture or for mathematics.

And then he decided to embrace romanticism as a way of seeing life. He fell in love with romantic art in a Mexico where an environment reigned that closed the doors to that spiritual and cultural movement of the last century. It was the cactus barrier that Cuevas defined.

“I hate folklore, I’m struck by Michoacan jícaras,” the painter says of these clay pots used in western Mexico to drink liquids.

Despite his 90 years of age, García Ocejo’s study shows a lively activity and it is possible to observe paint cans, the brushes aligned by size, bodies of men and women in colors that merge into one to generate sensations.

Every time García Ocejo enters his carving, the easels and canvases receive his 90-year-old lover, that genius of painting who resists time.