The players of the Cleveland Cavaliers, with three defeats in the series for the NBA title that crowns the best in seven games, have made common cause to seek the comeback and twist a story that condemns them.

The fourth game will be played this Friday. A new triumph will crown Golden State Warriors and the Cavaliers’ first win will give the series suspense.

“We are ready to fight to the maximum,” said center Tristan Thompson.
“When you give it everything in the field, there is nothing you can feel bad about because you are at peace with yourself and the rest of the comrades,” he added.

He recalled that last June the Cavaliers lost the third game against the Warriors with another decisive basket of forward Kevin Durant and in the fourth they won by beating 137-116.

The escort J.R. Smith said that no one is eliminated in the finals and therefore his team is still in the fight.

“We’re still in the competition and that’s the only thing that counts,” he said.

However, the history of the NBA indicates that none of the 13 teams that came to be in a final down with three defeats managed to straighten the course and win the title.

One of those teams was, precisely, the Cavaliers in 2007 in a series against the Spurs of San Antonio. In the end they were swept 4-0.
Eleven years later, history gathers elements to be repeated.

“I never worry about the statistics or what has happened in the past, the only thing I have very clear is that for the game tomorrow we will have to play with all the intensity and concentration possible,” said Smith.

LeBron James, who passed Michael Jordan with more games in the finals, said that what happened in the third game, played on Wednesday, taught them that they can not relax against the Warriors.

“If we make the mistakes of communication, concentration and shots to baskets we made in the third match, then we already know what the price will be to pay,” said James.

Cavaliers coach Tyronn Lue said the key to the fourth game will be no other than better defense, especially when it comes to scoring Kevin Durant, who in the third was the Warriors’ great figure by scoring 43 points. , your best mark as a professional in the finals. 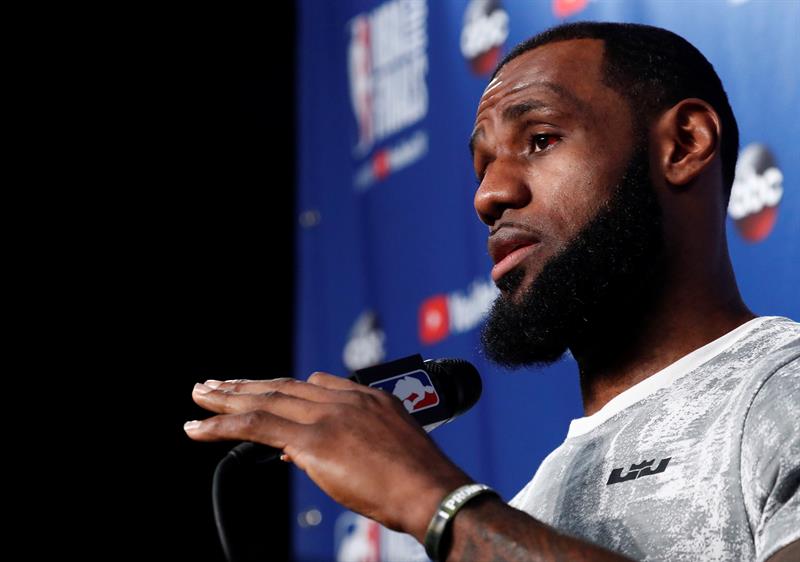 The players of the Warriors and their coach Steve Kerr were calm and confident to reach the fourth game with the same mentality they have had so far in the series and that is none other than playing to the maximum in search of the four wins that allow them to revalidate the title of champions.

“There is no greater secret, we have rested, analyzed what we did in the Third Party, and we are ready to correct the mistakes and improve the positive things we did,” said the coach.

“Everyone in the team is aware that we are close to the great goal, but we have not yet achieved it, which means that we must work harder than ever,” he said.