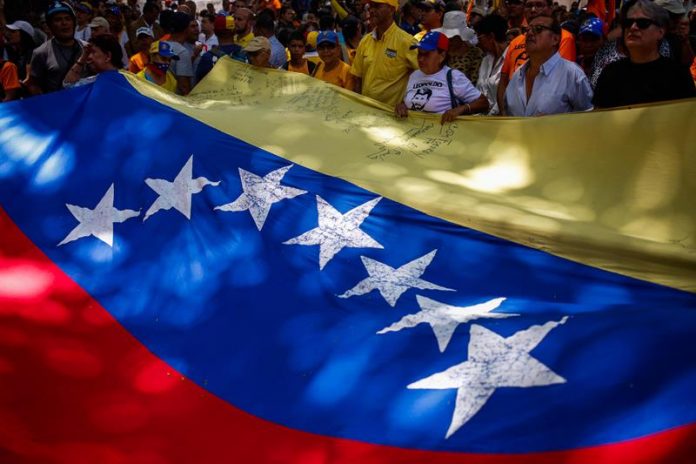 The United States is pressing the countries of the Caribbean, traditional allies of the Government of Nicolás Maduro, to support the suspension of Venezuela in the Organization of American States (OAS), according to Efe told the US ambassador to the agency, Carlos Trujillo.

The United States plans to request the suspension of Venezuela during the next General Assembly of the OAS, its most important political forum to be held in Washington on June 4 and 5.

In an interview, Trujillo said the United States is trying to counteract the influence that Venezuela has on the Caribbean countries, which incurred heavy debts with the oil nation and, since the creation of Petrocaribe, have had access to cheap fuel.

“We are informing the Caribbean countries of the crisis that is happening, they must do it (support the suspension of Venezuela) because it is the right thing to do and nobody can deny that what is happening in Venezuela is an inhuman thing “, explained Trujillo.

“The people,” he continued, “are dying of hunger, we are giving them all the reports and making them see that what is happening is something on which we must act”.

The United States needs 24 votes to approve the suspension of Venezuela, the largest form of sanction that the OAS has and that has only applied to two nations: Honduras, in 2009, after the coup that ousted Manuel Zelaya as president; and Cuba after the triumph of the Revolution of Fidel Castro, in 1959.

During a speech before the OAS in May, the vice president of the United States, Mike Pence, called for the suspension of Venezuela and, according to a White House official, Pence plans to repeat the same complaint on Monday during a reception with representatives of the White House. Member States.

Despite the political weight of Pence’s appeal, for the moment the United States has not achieved the 24 votes it needs to suspend Venezuela, so the conviction of Maduro is more likely to be limited to a resolution he will present at the meeting. Assembly of the Lima Group, which brings together 14 countries in the Americas.

USA is working with the Lima Group in that resolution with the intention that it serves to condemn the “regime” of Maduro.

“The crisis in Venezuela is the most important issue affecting Latin America right now, and we hope the resolution will address the issue of humanitarian aid, the lack of acceptance of aid by the Maduro regime and the illegitimacy of last month’s elections.” stressed Trujillo.

The ambassador referred to the elections of May 20, which the United States and the Lima Group have already rejected, and in which Nicolás Maduro was re-elected as president.

“We must ask the Maduro regime to accept humanitarian aid, to hold free elections and, if it can not achieve all these things, not to be part of this organization,” Trujillo said.

“How is it possible that we have a member who violates all human rights and all democratic rights and who participates in a democratic place?” Asked Trujillo, who considered that this dichotomy is “unacceptable” and that, therefore, the Government of Donald Trump has decided to act.

In addition, Trujillo explained that his government, with support from other countries, will present a resolution on the crisis in Nicaragua, the bloodiest since the 1980s with at least 108 dead and nearly a thousand wounded, according to data from the Nicaraguan Rights Center Human (Cenidh).

“We are very concerned about the situation in Nicaragua, the murder of unarmed students is totally unacceptable, it is something that must be brought to justice, the police and paramilitary groups have been responsible for that violence, and it has to stop,” he said.

The crisis in Nicaragua is not on the agenda of the General Assembly, where Venezuela is expected to be the protagonist.

However, the General Secretariat of the OAS, occupied by Luis Almagro, and the Government of Nicaragua are working on a series of electoral reforms, which are scheduled to conclude in January 2019.

Asked about it, Trujillo said that the United States “is not against” that initiative, but said that “there are different ways of handling that issue.”

The United States has adopted some of the toughest positions on the crisis in Nicaragua and Venezuela and is pressing the rest of the countries, including the members of the Lima Group, for the OAS General Assembly to end with strong pronouncements on these issues. .