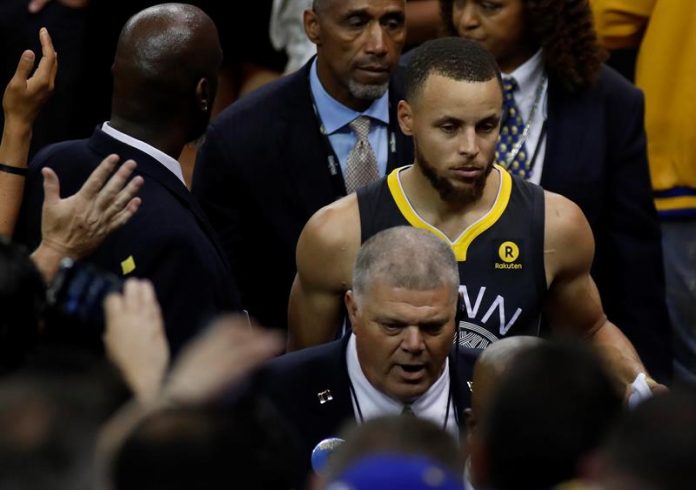 Stephen Curry, who today broke the record of triples in a game of the NBA Finals, with nine, acknowledged that having achieved that mark was “very special.”

“I never get up and say, OK, I’m going to make nine three-pointers and beat the record,” the Golden State Warriors base said laughingly. They won the second game of the Finals against the Cleveland Cavaliers for 122. -103.

“It was more about playing the right way, having good intentions on the track and making good things happen, it was a very special night and I hope more special things come and we win two more games,” said the player.

Curry had no problem describing one of his nine triples, the most spectacular of all, which came when the possession was over and harassed by the good defense of Kevin Love.

“I was trying to get space, at first I thought I had room for a suspension but the ball went away and I tried to see where the defense was, Kevin was right in front of me, I lost the boat for a moment and to get it back I had to go back. to do all kinds of shots on the track, but at that moment it was about throwing and luckily he entered, “he said.

The triple meant a moment of inflection in the game and definitely launched his team to victory.

“It was an important moment and we got a significant advantage that we could increase a little bit more and put ground in. It was a very nice moment,” he said.