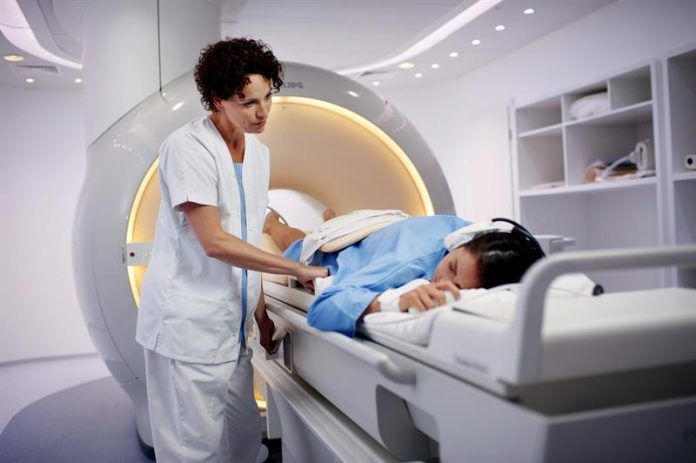 Breast cancer and new treatment options that may even prevent chemotherapy for a large part of women affected by a common cancer if caught early, were treated today at the annual meeting of the American Association of Medical Oncology (ASCO). ).

The most important cancer appointment in the world has also seen new studies on the increase in survival in a rare type of childhood cancer or on therapies for patients with metastatic bladder cancer.

Avoid chemotherapy and its side effects, but achieving excellent long-term results in the treatment of breast cancer is the scenario posed by a clinical trial presented today to specialists.

The phase III trial – which assesses the efficacy and safety of treatment, with a large sample of patients – and called Tailor, points out that seven out of ten patients with hormone-positive breast tumors, negative HER2 and negative nodes, in the initial phase do not need receive chemotherapy after surgery

The data provide reassurance to doctors and patients who can use genomic information to make better treatment decisions in women with early-stage breast cancer, said Harold Burstein oncologist.

The oncologist of the Madrid Hospital Ramón y Cajal, Javier Cortés, told Efe that patients who are at intermediate risk, “in principle”, will not need treatment with chemotherapy with very similar percentages of healing.

With an eye also on this disease, a therapy was presented that reduces the risk of worsening in advanced hormonal breast cancer by 30%.

This is the Phase III Sandpiper study on the investigational molecule Taselisib, a targeted therapy used in combination with the fulvestrant hormone treatment that has been shown to slow tumor growth for longer.

The authors of the study, among them the Spanish researcher José Baselga, from the Memorial Sloan Kettering Cancer Center in New York, highlighted that the drug acts on a genetic alteration common in breast cancer, the mutation of the PIK3CA gene.

The study has successfully proven the efficacy of blocking the PI3K protein and it has been seen that, in patients who have it mutated, the blockade achieved by the drug makes it possible to optimize the treatment of hormone therapy and improve the control of the disease in a 30-day period. percent.

Prolonging the use of chemotherapy under certain conditions can increase the survival rate in children with rhabdomyosarcoma (a rare cancer of muscle tissue).

The experts stressed that this trial is the first treatment advance in 30 years that occurs in this type of cancer, whose patients have a high risk of recurrence.

The new strategy, the result of a randomized phase III clinical trial, suggests that increasing six months maintenance chemotherapy with low doses after initial treatment in children with rhabdomyosarcoma can increase the overall survival rate by five years.

“By keeping pressure on this cancer for longer with maintenance therapy, we are giving patients two victories: increasing cure rates by preventing relapse and doing so with few serious side effects,” said ASCO expert Warren Chow. .

Children who have had this type of cancer and who are alive five years later are considered cured, since the recurrence of the tumor from that moment on is very rare.

The experts also learned about a therapy for patients with metastatic bladder cancer who have genetic alterations and who have not responded to traditional treatment with chemotherapy, which has been shown to decrease tumor size and increase survival.

The results of a phase II study of the Janssen laboratories, indicate that Erdafitinib (a pill that is administered once a day) demonstrated lasting responses of patients with the FGFR alteration, 20% of the total affected.

In 40% of cases, the tumor size decreased (the most immediate signal to measure the effectiveness of the treatment), compared to immunotherapy, whose response rate is between 15 and 20%.