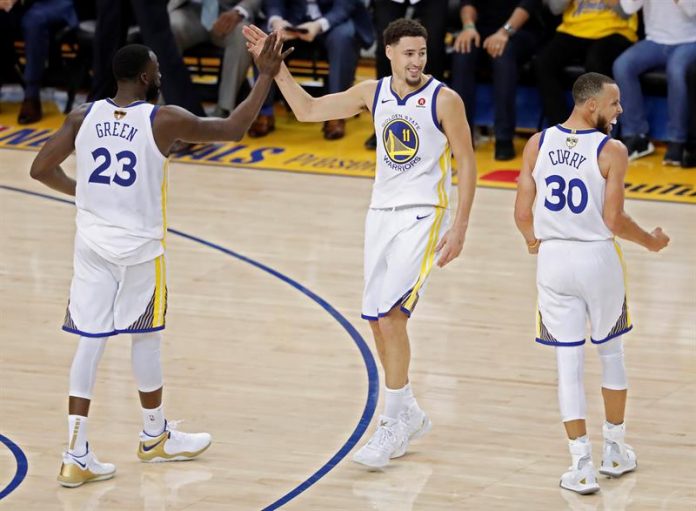 The Golden State Warriors survived the overtime (124-114) Cyclone LeBron James, author of 51 points, best mark of his career in the playoffs, thanks to an oversight by J.R. Smith that caused an extension where the current champions were intractable.

James, in one of the best performances of all time, added eight rebounds and eight assists in 48 minutes. Only five other players in history have been able to reach 50 points in a Finals game: Elgin Baylor, Michael Jordan, Rick Barry, Jerry West and Bob Petit.

The Spaniard José Manuel Calderón jumped on the track a few seconds with everything resolved.
For the locals, Stephen Curry led his team with 29 points, followed by Kevin Durant with 26 and Klay Thompson with 24. Steve Kerr’s men took the match despite clearly losing the battle for the rebound (38-52). ).

The stars of both sides appeared from the first moment. Curry did it with a triple of more than seven meters and a beautiful “alley-oop” for Durant that raised the Oracle Arena, but also James, intense in defense and electric counterattack.

The two players scored nine of the first 15 points of their teams in a deafening environment until a strong hit from JR Smith on Klay Thompson sent him momentarily to the locker room with a bruise on his left leg.

Smith was booed on each play for a few minutes later in which Larry Nance Jr. and Kevin Love, aggressive and without a trace of that brain contusion suffered in the sixth game of the Eastern Final, showed their best version, especially under boards, where Cleveland dominated his opponent 12-25 in rebounding during the first half.

If equality was the general tone in the first quarter, James claimed the role in the next period with a lavish display – he started with a 7/7 shot and scored 20 points in 17 minutes – making it clear that the Cavaliers could give the surprise (40-51).

The Warriors, undisturbed, rolled up their sleeves and in a sigh balanced the balance (53-53) shortly before the break, which was reached with a triple of more than nine meters and on the Curry’s horn. 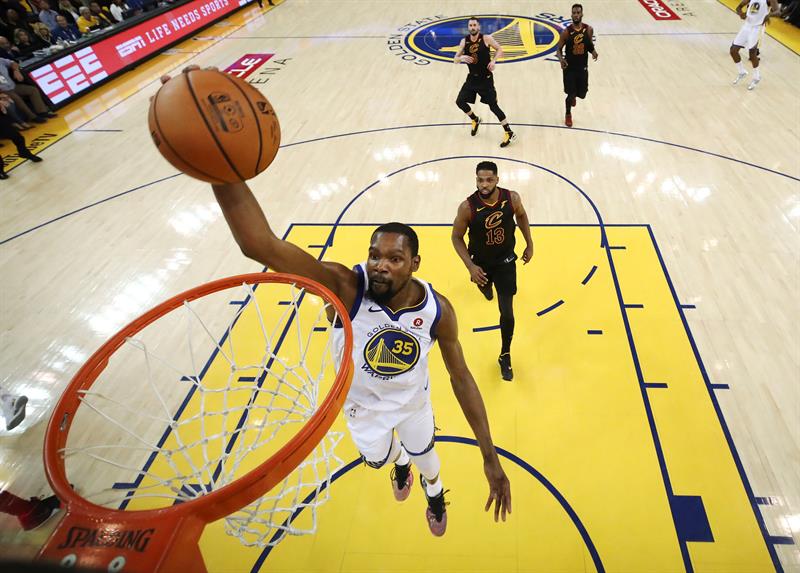 That signal warned of the whirlwind that transforms the Californian team reached the third quarter. With the entry of Javale McGee, those of Steve Kerr won in defense and intimidation, causing failures in the shots of Cleveland and generating opportunities to run and look for the free man (66-59).

With McGee back on the bench, James cut short the local reaction, threw the team on his back scoring 12 in a row and reaching 36 (13/18 in shots) in the 32nd minute. However, a new whiplash the locals left a mattress (84-77) to enter the last period.

The tension was palpable in the pavilion heading the decisive straight, in which Golden State, benefiting from the dirty work of Kevon Looney and two external throws of Curry and Draymond Green, managed to command the score again (100-94).

“The king” LeBron, responding like the great elect of this sport, emerged and it seemed that the waters opened up in its path (102-104). Durant drew from the staff, James again broke waists and Curry signed a two plus one (107-106).

In the absence of 4.7 seconds, George Hill breathed oxygen from the staff (107-107) but missed the second shot and the crash came to the extension after Smith, clueless, lost time thinking that his team had won the game.

At that point, the Warriors were more fresh and effective and imposed with some ease after an epic shock that promises to be the birth of a more exciting series than expected.