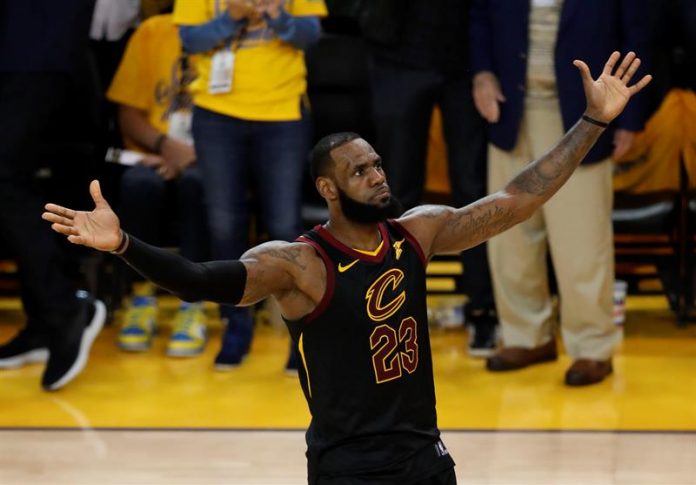 A frustrated LeBron James told a news conference today that he thought everyone on his team was aware of the score in the final seconds of the game, alluding to the unfortunate action starring teammate J.R. Smith who propitiated the extension.

“They asked me if I talked to JR about that and I said no, I knew it was a tight marker, we were one down, George Hill got the first free kick, we took the offensive rebound and I thought we all knew what the score was. That’s my point of view, I do not know what JR was thinking, “said the forward.

The Cavaliers star, as did his coach, Tyronn Lue, criticized the refereeing work in the action in which he originally whistled foul on Kevin Durant’s attack.

“I read the play as well as I always do defensively, I saw how he went into the basket and I was out of the restricted area, so I got in his way and I got the contact, it’s a very important decision. , he claimed.

The player was very surprised by the change of mind of the referees.
“They told us they were checked if my feet were outside the restricted area.

When I knew that, it was clear that it would be a ball for us. I knew I had my feet out. That was the communication that there was. We were on the bench preparing the next plays, “he said.