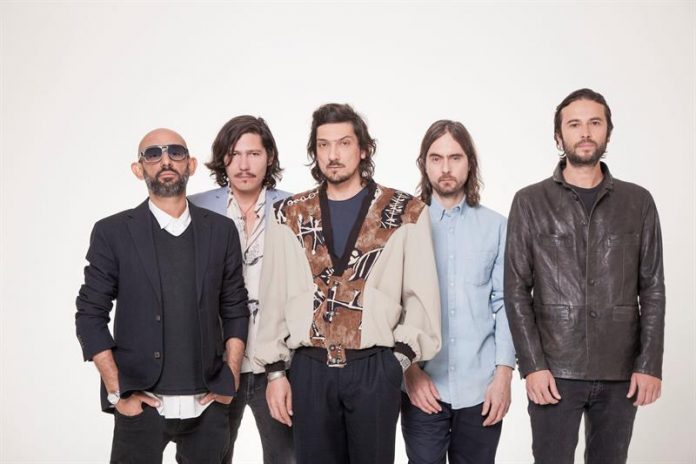 After two years of rest, the popular Mexican alternative rock band Zoé has returned to the stage with a new album, “Aztlán”, the group’s most “varied and mature” album, according to Efe’s drummer, Rodrigo Guardiola. .

“There is a bit of love, lack of love and, unlike other records, it also deals with social aspects of what happens in the country,” explained Guardiola, who described the group’s sixth album as “a bit more earthly” than the previous ones and as “the most varied and mature in terms of themes”.

The vocalist Leon Larregui, who has taken advantage of the years of rest of the band to exploit his career as a soloist, has been in charge of writing the lyrics of “Aztlán”, in which he has tried to “always express what he feels”, explained Guardiola .
Aztlán is, within the pre-Hispanic imaginary, a mythical island from where the Aztecs came, a name by which Zoé claims her Mexican roots.

The band surprised its fans on April 18 by offering an unexpected and free concert in the center of Mexico City that served to present in public singles of the new album as “Azul”, a song dedicated to heartbreak.

“It was a very good idea to offer a surprise in such a popular and busy place,” explained Guardiola, who considers “a good experience” to have presented the album in this way instead of doing it through a traditional press conference.

In “Aztlán”, the members of Zoé decided to add “more instruments and synthesizers” that give “other colors” to their music, as well as “more possibilities” in the musical arrangements.

However, the album still maintains the unmistakable seal of Zoé because “in the end, we are the same making the same music,” said the drummer.

Guardiola said that the album came after years of a recess that was only “record”, since the members of Zoé continued to participate in concerts and carried out other projects such as the movie “Panoramas” about the band.

For the release of “Aztlán”, Guardiola said that Zoé had to “pick up the rhythm, adjust details and lubricate the machine”, since “it is one thing to mount an album in a studio and another thing is to play on a stage”.

Precisely, the band is presenting their album with a tour in the United States and Mexico; in summer they will move to Spain and in the autumn they will perform concerts in various Latin American countries.

“They receive us well in all of Latin America because we have a track record of many years, while in the United States they also receive us very well because there is a large Latino population that supports us,” Guardiola said.

In the United States they played at the beginning of May with the Spanish alternative rock group Dorian, which they consider “a band that has been friends for many years”, and which has joined the list of performers with whom they have collaborated, such as Enrique Bunbury.

Despite adding songs with a social theme and the proximity of the Mexican presidential elections on July 1, Guardiola denied that Zoé will be involved in the electoral campaign or in the politics of his country.

“We make music, like anybody, we are affected by what happens in our country, but what we do is make good music and good songs.”

However, Larregui, the vocalist of the group, has shown in social networks his sympathies towards the leftist candidate for the Presidency, Andrés Manuel López Obrador.

Zoé was founded in 1995 in the Mexican city of Cuernavaca, south of the capital, and is currently comprised of León Larregui (vocalist), Sergio Acosta (guitar), Jesús Báez (keyboard), Ángel Mosqueda (bass) and Guardiola (drums) ).