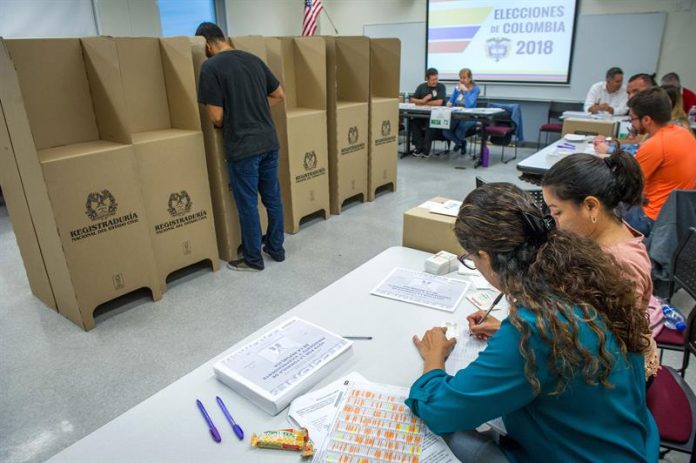 Thousands of Colombians living in South Florida have not been intimidated by the heavy rains that have fallen steadily this weekend and have participated today in large numbers in the electoral process to elect the successor of President Juan Manuel Santos.

From early hours, and many with shirts or flags of the national team, Colombians living in Florida have approached with their ballot papers to participate in elections that many consider to be at stake “the future of the country”, and that At polling places like the one opened at Miami Dade College, in downtown Miami, it happened normally.

This polling station, authorized by the Colombian consulate in Miami, had a total of 75 polling stations ready to attend until the closing date fixed at 4:00 pm local time (20:00 GMT), to more than 36,000 registered in the electoral register, the figure highest voter in the entire United States.

For the day today, the Miami consulate opened six other voting sites within its jurisdiction, including West Palm Beach to the north, Kendall, southwest of Miami and even Sarasota, to the west of the state, and in total include almost 84,000 voters throughout South Florida.

In the elections, the presidential candidates are the Uribista Iván Duque, the leftist Gustavo Petro, Sergio Fajardo, of the Colombia Coalition (center-left), the right-winger and former vice-president Germán Vargas Lleras, of the Better Vargas Lleras movement, as well as the liberal Humberto de the street.

If necessary, the second round will be held on June 17.
The Bogota Hector Mesa told Efe that “the future of the country is at stake” and therefore go to vote during today’s day is “a responsibility” because “the country is very disrupted, staggered.”

María Milvia Marín, from the town of Alcalá, in the department of Valle del Cauca (southwestern Colombia), has never missed an election date, although this year she was unable to vote during the early elections, which began on Monday and in which Efe knew there has been an average of 3,000 voters a day at the Miami Consulate.

“I see Duque very structured, with a good diplomatic career and it’s not improvised,” he told Efe.

While the marriage of Bogota-born Nicolás Cabrera and Andrea Rubiano, who supports Fajardo, said that he does not agree with the postulates of Uribismo and see as a “utopia” the discourse of the leftist Gustavo Petro. 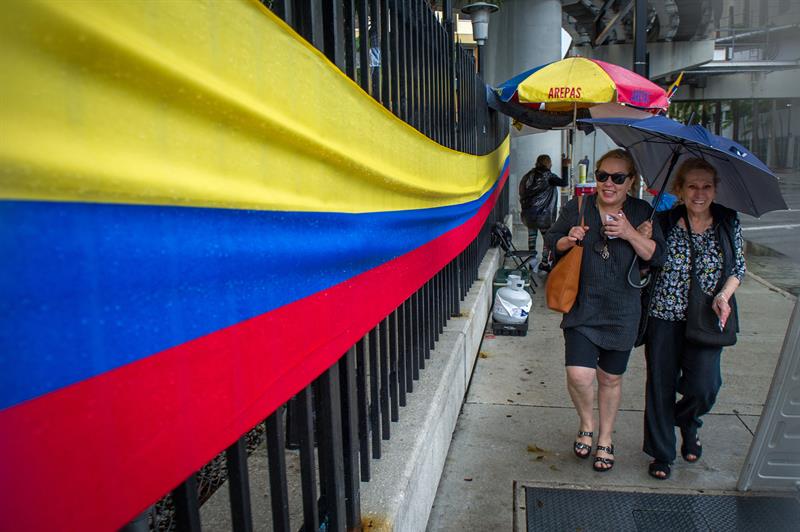 Fajardo’s proposal “is something new, concrete and feasible,” said Efe Andrea, who is a mathematician as the presidential candidate and whom she personally knows.

According to data from the Colombian consulate in Miami that Efe had access to, in Florida, which also includes voting centers in Orlando and Tampa, there are a total of 104,779 registered voters and a participation of more than 50% is expected.

Colombians are called to the polls today to elect their next president and if none of the candidates gets half plus one of the votes, as indicated by the polls, the Presidency will be defined in the second round on June 17 between the two most voted .

5-3. Ohtani and Bour hit home runs against the Dodgers