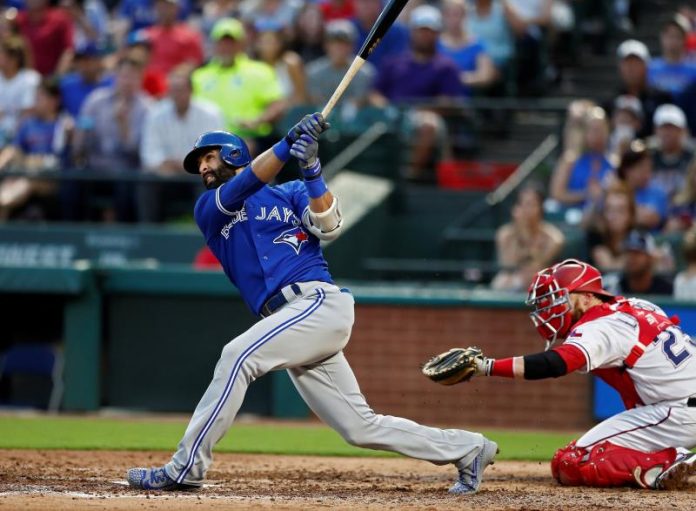 Veteran Dominican players Jose Bautista and Jose Reyes are already teammates with the New York Mets after they offered the former a new contract after being discharged by the Atlanta Braves.

Reyes had been with them since last season, but is on the tightrope in terms of offensive performance, so he will have to improve in the coming weeks if he wants to continue.

In the Mets, Bautista would provide a right-handed bat in a lineup currently dominated by lefties. The top two right-handed hitters for the Mets, Cuban Yoenis Céspedes and Todd Frazier, are on the disabled list.

Bautista, in fact, was a member of the Mets briefly on July 30, 2014, when he was obtained from the Kansas City Royals by first baseman Justin Huber.

He was immediately traded to the Pirates along with third baseman Ty Wigginton and right-hander Matt Peterson for Kris Benson and Jeff Keppinger.

Pittsburgh changed it to Toronto four years later, and that’s where Bautista became a star.

Reyes is aware that he could be running out of time to convince the Mets that he is still capable of contributing to the team.

But despite the offensive slump that has fallen this season, for the moment the Dominican has the support of the new pilot of the metropolitans, Mickey Callaway.

He put solid numbers in the second half, in which he averaged .288. The veteran also provided defensive versatility, playing games in three positions of the inner box and even in the left forest.

Reyes renewed with the Mets for a year and just two million dollars during the winter to play as a utility, but he has not been able to duplicate the success he had a year ago.

The Spaniard went into action on Tuesday barely batting .132 (of 53-7) with a home run and a run produced this season and has gone 22-2 in May, which has generated speculation that the team could give him low.

“That’s not a decision I would make,” said Callaway. “We signed Reyes to play a role and I have to keep playing him to give him a chance to do his job, I think José still has some baseball left in the tank.

“I do not make decisions about the roster, obviously, I give my assessment, from my point of view, José is an important piece of this team and we will continue putting him to play to try to succeed.”

Reyes started his career in the majors with the Mets in 2003 and was the starting shortstop of the Queens ninth until he left as a free agent after the 2011 season.

In New York, he was called to four All-Star Games and won a batting title.

After stops in Miami with the Marlins, Toronto and Colorado, the Santiago native returned to the Mets in 2016 after being released by the Rockies after serving a 51-game suspension under Major League domestic violence policy.

Last year, the restructuring that New York undertook allowed Reyes to start in 126 games. This season, the infielder has only been in the starting lineup nine times and it is obvious that he has struggled to adapt to the bench.

Despite his decay with the bat, Reyes brings an intangible value to the Mets: the influence he exerts over the young shortstop of the team, his compatriot Amed Rosario, who at 22 years of age is in his first full season at Grandes Suspenders.

Reyes has been a mentor for Rosario since the second was in minor leagues.

“It has a huge impact on Rosario,” Callaway said of Reyes. “It’s good for Rosario and for what he’s trying to achieve at the big league level, which is something very difficult to do, and to continue his development, José has a great influence on that.”
While Rosario continues to value the advice of Reyes and that have served him so much.

“That dynamic between José and I is something that does not change,” Rosario said. “What I like about him is how positive he is and the energy he brings to the field despite the bad time he is going through right now.”

Rosario has had her own ups and downs this season, as she arrived on Tuesday with discrete numbers: average of .250, two homers and 14 RBIs in 41 games. But in good times and in bad, has had the support of Reyes.