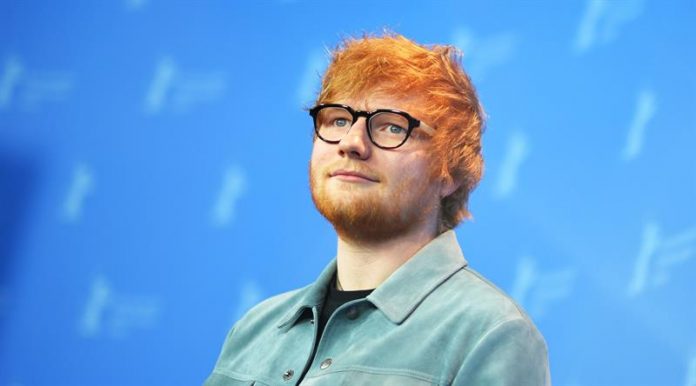 The British Ed Sheeran dominated the Billboard Awards with six awards, including the main one of the evening, the artist of the year, in a ceremony where rapper Kendrick Lamar, with six other distinctions, and the “Despacito” by Luis Fonsi also triumphed.

Sheeran, who performed during the gala from Ireland, also won the awards for best male artist, best artist of the Top Hot 100, artist with highest sales of songs and artist with most popular songs on the radio.

Lamar, on the other hand, took the trophies to the Top Album 200, best rap album (“Damn”) and best rap artist, among others, while Bruno Mars, of Puerto Rican origin, added five prizes in the R & B categories , including the best song (“That’s What I Like”), best artist and best album (“24K Magic”).

The song “Despacito”, by Luis Fonsi and Daddy Yankee with the collaboration of Justin Bieber, won the award for the best Latin song. Fonsi also won the trophies for the best song of the Top 100, the best-selling song and the most played song.

“Thank you all for embracing an almost whole song in Spanish, thank you for dancing, singing and learning, this is for my Latino brothers, for immigrants, for Puerto Rico and for those who laugh at those we speak in Spanish,” Fonsi said. from the stage of the MGM Grand Arena, in Las Vegas (Nevada).

It was an allusion to the lawyer Aaron Schlossberg, of New York, who became popular by a video in which he criticized the employees of a restaurant for speaking in that language.

The event, mostly dedicated to musical performances, chose to announce almost all the winners moments before the show began, and reserved a few categories for the live gala.

The most outstanding moment came from the hand of Janet Jackson, winner of the Icon of the Year trophy. The artist, the first black woman to receive this award, performed some of her greatest successes and gave a speech where she mentioned the Me Too movement.

“Despite the challenges we face, we are in a glorious moment, we will not be controlled, manipulated or abused again, I am with these women,” he said.

They also sang Maren Morris, Macklemore and Kesha, Camila Cabello, the South Korean band BTS, Salt-N-Pepa and Shawn Mendes, who chose to go on stage with the school choir Marjory Stoneman Douglas (scene of a shooting in February) in an allegation against violence by firearms.

The speeches in that sense abounded during the ceremony.

In fact, Clarkson, the host of the event, opened the gala with a speech about the recent shooting in a school in Santa Fe (Texas), and asked viewers to, instead of remembering the victims with a moment of silence, carry out “a moment of action”.

“I am a Texas girl and my state has broken my heart, once again we are crying for children who have died for no reason, they wanted me to make a moment of silence but I am fed up with moments of silence. said the popular artist.

At least 10 people died and another 13 were injured due to the shooting of a student in the School District of Santa Fe, southeast Texas, which is already 22 recorded shootings at American schools in 2018.

The Billboard Awards recognize the most successful artists of the year in the US based on album sales, singles, radio broadcasts, tours and use of social networks. efe