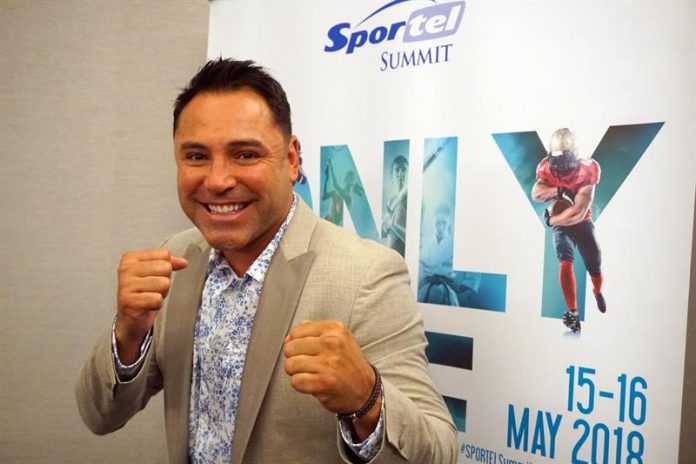 Former world boxing champion Oscar de la Hoya said today that football can reach in 10 years the level of popularity that boxing currently has in the United States, a sport that “has given him everything” also has “made him a lot of damage. ”

“Football is my passion, since I was a kid that wanted to play at a professional level, being third generation of boxers, I did not have the opportunity in life to follow my dream in football,” the former Mexican boxer of Mexican origin said in an interview with Efe. . 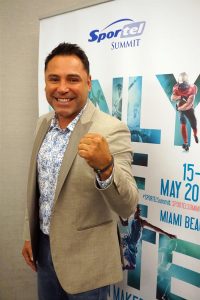 The also known as “Golden Boy” participated in the conference “SportelSummit” held today in Miami Beach that brought together professionals from the organization and dissemination of sporting events.

De la Hoya is representative of nearly a hundred boxers, most of them Latinos, and is also one of the owners of the Houston Dynamo Major League Soccer (MLS) soccer team.

“I am an investor in football because it fascinates me and I love it, I see a lot of future for MLS,” said the former Olympic champion, who considers that this league is between 10 and 15 years behind the European major leagues.

“Boxing has always been a roller coaster, but football in 15 years may have the opportunity to grow more than boxing, because football is obviously the most popular sport in the world, only the United States is missing,” he said.

About his career in the world of boxing said that he has done “much physical damage”, although it has allowed him to live the best moments of his life, such as the gold medal at the Olympic Games in Barcelona in 1992, which catapulted his professional career .

He confessed that his victory in these Olympics was a global platform to reach the top of boxing and recalled the importance and impact that had the promise he made to his mother, who died two years before the Olympic event, that the medal would be hung. gold.

“It was a story that touched many hearts around the world, which helped me to have a quick race to reach the world championship,” said the ex-boxer, who officially retired from boxing in 2009 after winning 10 world titles in six different weight divisions. .

He compared himself with the one that, in his opinion, is the maximum Latin boxer at present, the Mexican Saul “Canelo” Alvarez, and assured that the only difference with which he has with this one is that Álvarez has not had a world platform like a Games Olympic Games

The Mexican boxer “Canelo” Alvarez, whom de la Hoya represents, was suspended this year for six months for having tested positive for the banned substance clenbuterol.

“It has been very strong for his career, but now he is taking the necessary steps to prove that he was something innocent, in Mexico they do not understand why they accuse him, because it is normal there that people who consume meat can have this in their system” , argued de la Hoya.

For the former world champion, the best boxer in the world is the Ukrainian Vasyl Lomachenko, although he believes that “Canelo” Álvarez will become the best in the next few years.

“Although I would beat them all,” joked de la Hoya, who considers that the current level of competition is far superior to that of his time as a competitor.
“If I had competed in these times, perhaps I could have had one of them,” he said.

Also, the former middleweight champion said that boxing “has always been Latin,” and that Mexico, which has produced numerous world champions, “continues to cultivate the future of this sport.”