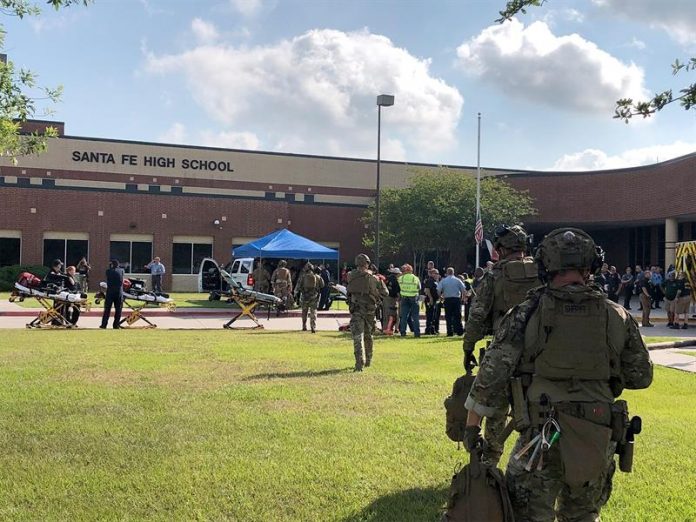 The governor of Texas, Republican Greg Abbott, reported today that the shooting at a high school in Santa Fe, in the southeast of the state, caused the death of 10 people, most of them students, and another 10 injured. they find hospitalized.

At the press conference, Abbott also revealed that the main suspect of the tragedy, Dimitrios Pagourtzis, 17 years old and a student of the center, obtained the weapons from the arsenal that his father kept in the family home.

The young man fired at his comrades armed with an assault rifle, a pistol and several explosive devices, among which were molotov cocktails made by himself.

According to information obtained from Pagourtzis’s phone and personal computer, the suspect’s intention was to commit suicide after provoking the killing.

“We have two goals, the first is to resolve this issue correctly and ensure the necessary support for the victims, secondly, it is time to do more than pray for them,” said Abbott.

The Texas governor announced that next week different discussion groups will begin to reach a package of measures, with the aim of preventing “these tragedies from happening again in Texas.”

In them, he wanted to clarify that all the agents of the society will participate: from victims in shootings, students, parents, political authorities, and even defenders of the weapons based on the Second Amendment of the Constitution, norm that allows the possession of weapons like measure of personal defense.

“Once again, Texas has seen the face of evil, we must do everything possible to end this, to stop the shootings in schools, to end the possession of weapons by the wrong people,” added Republican Sen. Ted. Cross.

In a previous statement, the governor’s office declared that the flags of Texas will fly at half mast throughout the state until May 22 as a sign of respect.

Santa Fe, a city of 12,000 inhabitants located 55 kilometers southeast of Houston, today suffered the worst school shooting after the February 14 at a high school in Parkland (Florida), which killed 17 people.