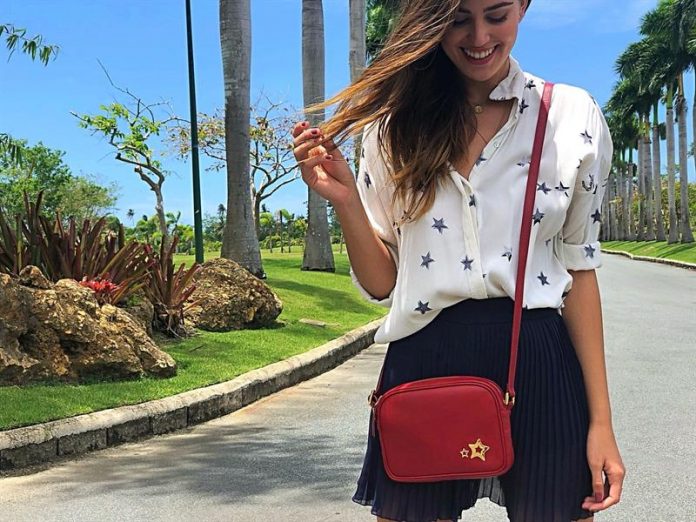 Beatriz Martínez and her daughter, Paulina Anchia, make their way as Puerto Rican entrepreneurs with the design of handbags for women of all ages, which they sell through the web and with whose profits they help the Ricky Martin Foundation to combat human trafficking.

It was Paulina, who at 6 years old – now with 10 – who began taking drawing and sewing classes with teacher Evy González, and was inspired to make small purses, purses, and sell them to family and friends, according to Martínez. to Efe.

A year later, Paulina questioned her mother why they could not create a brand of bags -Beamina- and thus both become entrepreneurs.

“Why can others and I can not?” And there “mommy” realized that we could, “said the girl, who with her mother launched on April 28, during the” Freedom “event of the Ricky Foundation Martin, the portal from which they sell their bags.

“When you want, you can, the key is to be determined and look for the least possible risks, but try, because you come to this life only once. You have to set goals in life and propose them,” Martínez added. .

The brand, Martínez explained to Efe, comes from when Paulina’s older brother, Pablo, could not say his sister’s name, but said “amina.”
“Amina,” Martínez explained, means “that person who is protected by everything that causes fear.”

Choosing this name and trying to use it for the brand, they could not use it, since it was already registered. However, the suffix was added “be” by Beatriz.
“We started the project, and without a doubt, it represents what the name is, and within all the adversities one may have, one must fight for dreams,” said Martínez.

This momentum of work of Martinez comes from his family, whose father, a Cuban exile who came to Puerto Rico to sell sweets in the street and was able to move forward his four children, so now the woman inculcates her two offspring .

“I believe that my family, who spent so much work, taught us how to fight, that is why I want people to feel empathy, I want to be able to help, and that this project belongs to everyone. and that has support for others, “said Martinez.

The bags count as an emblem two stars, which Martinez explained, “mean that someone is always watching you to help you achieve your dreams and if someone gives you a ‘beamina’, it means that that person believes in you and gives you strength.”

All products and materials of the brand are manufactured in Colombia.

Portfolio prices range between 199 and 429 dollars and are available online for free shipping to the United States and Puerto Rico.

A percentage of the profits go to the Ricky Martin Foundation to help end human trafficking, the second most lucrative crime in the world that generates 150,000 million dollars of illegal profits, and rebuild Puerto Rico for its devastation from Hurricane Maria.

“We have always done very strong social work, we love to help, one of the ideas is to encourage people to feel good regardless of their race, religion and so that people know that they have to keep fighting,” Martinez emphasized.

“If we promote education or the development of people’s talent, we would have a better country, helping to develop talents and children who do not have the resources is one of our purposes,” he said. efe