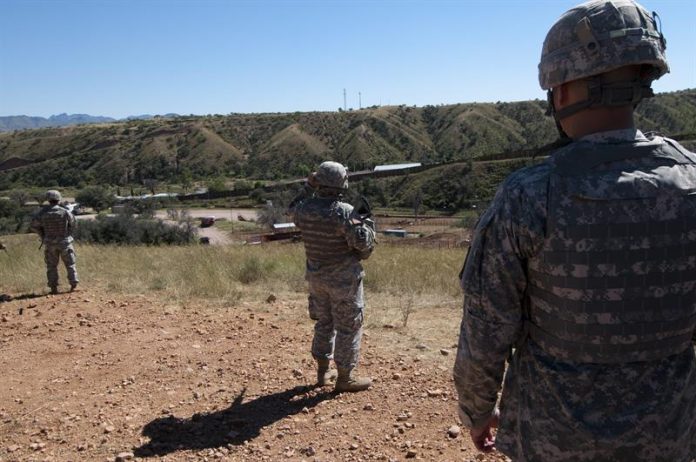 The government of Donald Trump intends to change the detention regulations of immigrant children held at the border, in search of greater flexibility to retain families for longer and to pay greater scrutiny on minors, the Washington Post reported today.

The draft regulations, to which the newspaper had access, indicate that the Trump Administration is considering stopping families for longer periods and subjecting unaccompanied minors to greater scrutiny that could facilitate expulsion.

They would also allow officials to separate parents and children if keeping them together is an “excessive burden” for government operations.

The 96-page draft is dated April 20 and comes at a time when Trump and his immigration team are implementing policies that could dramatically increase the separation of parents and children detained at the border.

On Monday, the country’s attorney general, Jeff Sessions, announced that the Justice Department will bring criminal charges against all foreign nationals caught crossing the border illegally, an effort that seeks to curb illegal immigration.

This would send parents in criminal custody and children to shelters funded by federal funds overseen by the Department of Health and Human Services (HHS).

The regulations, developed by the Department of Homeland Security (DHS) and the Department of Justice, would provide new rules on how detained children should be treated, effectively replacing a 1997 consent decree that, together with two more recent federal laws, guides those decisions.

But advocates say the regulations include changes that could erode several important child welfare protections.

“They want more power to punish children and their families for seeking safety in the United States,” said Diane Eikenberry, associate policy director of the National Center for Immigrant Justice.

His organization and others say that federal officials should not stop families seeking refuge, and noted that many of those who cross the border are Central Americans who escape from countries devastated by gangs and some of the highest homicide rates in the world.

Under current regulations, the government has up to five days to transfer children detained in the Department of Homeland Security to a family residential center, where they would stay with their parents.

The Trump administration will replace the five-day transfer deadline with the more ambiguous “as expeditiously as possible” standard.

The proposal also seeks to address a restriction on how long migrant children and their parents can be held in family residential facilities.

The judges have ruled that their stays should be limited to 20 days or less, in part because the centers do not have a state license.

The proposed regulations would allow federal licensing of such facilities, which could open the door to longer stays.

The draft says that the Administration currently has families for an average of 14 days and is examining cost estimates that would extend it to an average of 45 days.

In addition, the proposal makes it clear that children separated from their parents after being detained would be declared “unaccompanied minors”, which would place them on a path different from that of their parents through the immigration system.

But the Trump Administration proposal would also change the procedures for minors who cross the border without adult relatives, limiting their ability to apply for asylum. efe