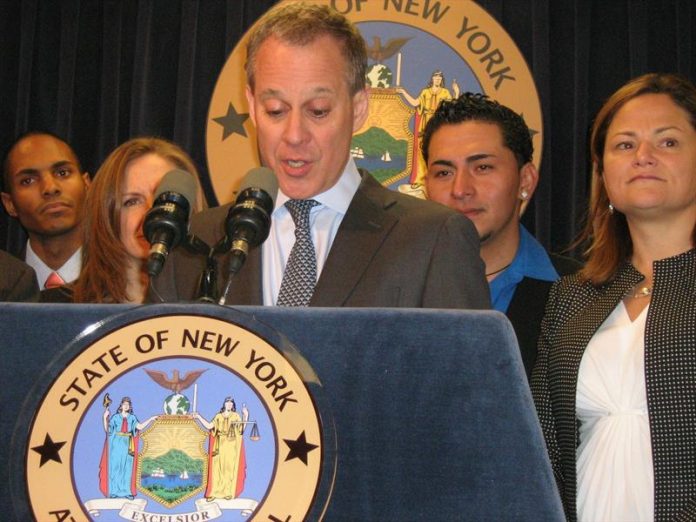 New York State Attorney General Eric Schneiderman today announced his resignation shortly after serious allegations against him about alleged physical attacks against several women with whom he was related.

Schneiderman, 63, of the Democratic Party, who is very critical of US President Donald Trump, was one of the most powerful state attorneys general and had held a prominent place in the anti-sexual abuse movement that emerged last year.

The accusations against Schneiderman appeared in an article published in the digital edition of the magazine The New Yorker, one of the media that uncovered last year the sex abuse scandal that affected the Hollywood producer Harvey Weinstein.

According to the magazine, four women reported that Schneiderman, with whom they claim to have maintained a sentimental relationship, physically assaulted them several times in recent years, although only now these alleged facts are publicly known.

The publication mentions that two of those involved, identified as Michelle Manning Barish and Tanya Selvaratnam, have made public their alleged experiences, since they claim that doing so “protects other women.”

According to the testimonies of Manning and Selvaratnam, in his encounters with Schneiderman, he assaulted them without his consent, frequently when they were in bed and after having ingested liquor, and although they did not report it to the police, they did require medical assistance, slapped on the ear and face.

Selvaratnam, who maintained a relationship with the attorney general between the summer of 2016 and the fall of 2017, assures that Schneiderman warned him that he could make her follow and intercept his phone.

Manning Barish says he was linked to Schneiderman from the summer of 2013 to the New Year of 2015.

Both told The New Yorker that the New York attorney general allegedly threatened to kill them if they broke up (the relationship) with him.

The New Yorker also notes that a third woman, who also claims to have had a romantic relationship with Schneiderman, assured Manning Barish and Selvaratnam that she was repeatedly subjected to non-consensual physical violence but does not publicly denounce it because she is afraid of it.

A fourth woman, who prefers anonymity and who the magazine refers to as an attorney who has held important positions in the legal field, maintains that after rejecting the advances made by the attorney general, he slapped her so hard that she left a mark that he still had on his face the next day.

Manning Barish and Selvaratnam told the magazine that when Schneiderman used the power of the office he directs to take a leading role in the #MeToo movement against sexual abuse his anguish and anger increased.

“His hypocrisy is epic … He has deceived so many people …”, says Manning Barish.

In a first statement before these complaints, the magazine picked up a statement from the attorney general that, among other things, indicated: “In the intimacy of a relationship I have been involved in a role play and other consensual sexual activities.”

But Schneiderman also rejected having assaulted someone and being involved in “non-consensual sex”, something that, he maintains, “is a line that could not cross”.

However, Schneiderman’s political future began to sink after the governor of the state, Andrew Cuomo, recommended him to resign from the office for which he was elected in 2010.

“I do not think it’s possible that Eric Schneiderman will continue to serve as attorney general, and for the prosecution’s sake, he should resign,” Cuomo said in a statement.

“No one is above the law, not even the most important legal officer in New York,” Cuomo said in the statement, which also announces that he will request the appointment of an “appropriate” district attorney to begin an “immediate investigation”. .

Schneiderman’s decision was immediate, and an hour after Cuomo’s request, the attorney general announced that he was resigning.

When communicating it, Schneiderman questioned “firmly” the “serious” accusations thrown against him, but, even so, decided to leave the position with effect from the closing of his day of Tuesday.

“Although these allegations are not related to my professional conduct or the operation of my office, in fact they will prevent me from directing the work of the office at this critical time,” adds Schneiderman’s statement. efe

Marc Gasol: “Our physical game has to grow”