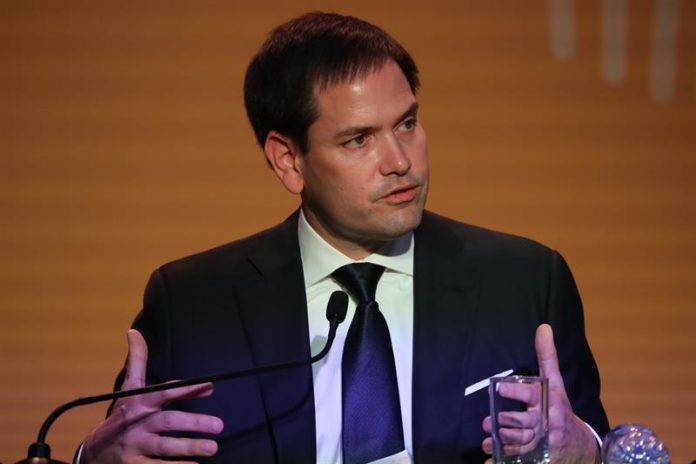 Republican Sen. Marco Rubio today accused China of “bribing” the Dominican Republic to break with Taiwan and called for Congress to do more to counter Beijing’s influence in Latin America.

“I am disappointed that the Dominican Republic has become the last country in Latin America to yield to pressure from the Chinese government and have severed its ties with Taiwan,” the Cuban-born lawmaker said in a statement.

“The United States supports Taiwan, our ally and partner in democracy, and the US Congress must do more to counteract China’s influence in the Western Hemisphere,” added the senator, one of the most influential voices in politics. Latin American President Donald Trump.

“China continues to expand its reach in the Western Hemisphere … Under pressure and bribery from China, the Dominican Republic has broken ties with Taiwan,” he wrote.

Dominican Republic announced on Monday the establishment of diplomatic relations with the People’s Republic of China, which is the break with Taiwan.
According to the Government of Taiwan, China achieved this with the promise to Dominican loans of more than 3,000 million dollars.

The Taiwanese Foreign Minister, Joseph Wu, attributed the Dominican decision to Beijing’s financial incentives and warned of the dangers of “trap loans” granted by China to developing countries.

The establishment of diplomatic relations between China and the Dominican Republic reinforces the position of the Asian country in Latin America and the Caribbean and weakens the main external stronghold of Taiwan, which now has 19 international allies.

The Dominican Republic has thus joined a trend initiated by other countries that in less than a year and a half have decided to strengthen ties with China to the detriment of Taiwan, such as Panama last June, or Sao Tome and Principe in December 2016.

Taiwan now has 19 allies: 10 in Latin America and the Caribbean (Belize, El Salvador, Guatemala, Honduras, Nicaragua, Haiti, Saint Kitts and Nevis, Saint Vincent and the Grenadines, Saint Lucia, and Paraguay), six in Oceania (Islands Solomon, Tuvalu and the Republics of Kiribati, Nauru, Palau and the Marshall Islands), two in Africa (Burkina Faso and Swaziland) and Vatican City, in Europe.