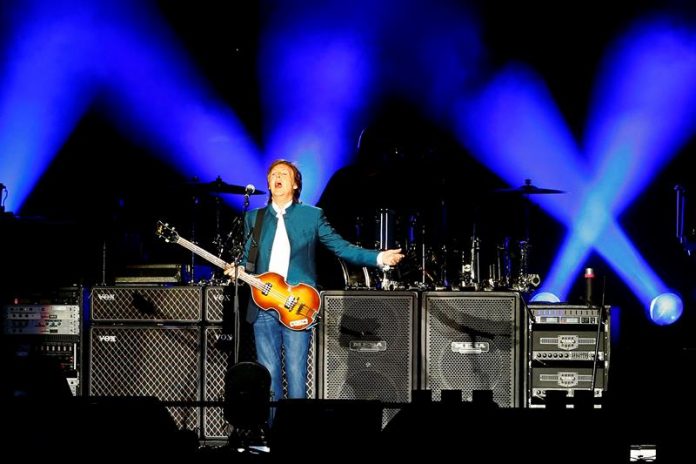 The legendary bassist of The Beatles, Paul McCartney, and the rock bands Metallica and Artic Monkeys lead the poster of the next edition of the prestigious Austin City Limits (ACL) festival, presented today by the organization.

In addition to these renowned musicians, the festival in the Texas capital will bring together more than 100 artists in October, including rappers Childish Gambino and Travis Scott, electronic rhythms from Odesza or the independent rock band The National.

The festival celebrates its seventeenth edition and will take place during two consecutive weekends in October (from 5 to 7 and from 12 to 14) in Zilker Park, one of the most emblematic parks in Austin, known as the world capital of music in direct.

True to its plural style with more than 125 performances, the festival brings together the main figures of all possible musical styles, from pop or rap, through rock and even traditional Texas and country sound, with the presence of local singer Charley Crockett.

Some of the most anticipated shows will be in charge of figures with great media coverage such as the Cuban-American artist Camila Cabello, author of the worldwide hit “Havana”, or the unmistakable Californian band Deftones, created in 1988, and that will animate the audience with her electrifying alternative metal.

The Latin presence will be represented by the Puerto Rican rapper Residente, who will attend the event with a new genre inspired by the ideas of the father of psychoanalysis, Sigmund Freud, and the theorist of feminism, Judith Butler, to eliminate gender roles in the music.

ACL is considered one of the most important events in the national music scene, which, according to the organization’s estimates, will attract some 450,000 people in total, some 75,000 people per day.

In the padada edition, the festival had an economic impact of 255 million dollars, 7% more than the previous year.

The local firm Angelou Economics states that the event has generated a total of 1,700 million dollars since 2006 and has created at least 18,511 jobs.

In addition, for 12 editions, the organization has allocated a portion of the ticket money to the Austin Parks Foundation, which is responsible for the maintenance of the park in which the concerts are held.

According to its statistics, the public has contributed with its tickets with more than 30 million dollars to avoid the deterioration of Zilker Park and favor the work of improving the green space. efe