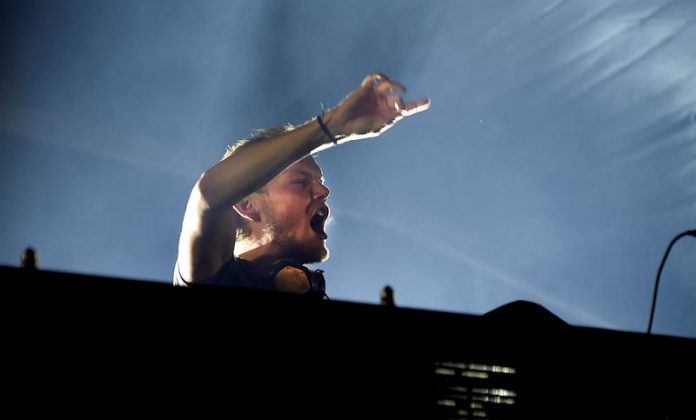 The young Swedish DJ Avicii, who died two weeks ago in Oman, committed suicide after being cut with sharp crystals, said today the entertainment portal TMZ.

According to TMZ, who cited several sources close to the musician, he allegedly used a sharp piece of glass to make several cuts in the neck and wrists that caused him to bleed.

The portal added that it could be the broken glass of a wine bottle.
Avicii, 28, one of the world’s greatest electronic music stars, was found dead in a hotel complex in Muscat, the capital of Oman.

On April 26, in a statement, his family said that the artist no longer had “strength” to fight and only sought “peace”, something that was interpreted as a confirmation of suicide.

After announcing in March 2016 his temporary withdrawal from the stage, the Swedish DJ tried to find “a balance” in his life to be well and do “what he most wanted: music.”

Born in Stockholm on September 8, 1989, Avicii achieved global prominence as a DJ and producer of electronic music thanks to his song “Levels”, which in 2011 became a huge success.

The Swedish DJ, who starred in festivals around the world, was well known for collaborating with great artists such as Coldplay in “A Sky Full of Stars”, David Guetta in “Sunshine”, Lenny Kravitz in “Superlove”, Robbie Williams in “The Days” or Rita Ora in “Lonely Together”.

In 2014 he signed “Dar um Jeito (We Will Find a Way)”, the official anthem of the World Cup held in Brazil, along with Carlos Santana, Wyclef Jean and Alexandre Pires.