Baby Shark is the first YouTube video to exceed 10...

MARIA BECERRA IS INVITED BY TIAGO PZK TO HIS “ENTRE...

Puerto Rican Singer-Songwriter Andrés Jiménez will bring his music to...

Puerto Rican singer Gilberto Santa Rosa defended the reggaeton genre that, he said, has “similarities” with salsa and that over the years “has evolved” and make its way into a changing industry.

The so-called “Caballero de la Salsa”, in an interview with Efe, affirmed that the success achieved by the genre is largely due to the fact that its exponents have had the “ability to adapt” over time and are always on the lookout of a “next step”.

“That makes the movement continue to strengthen, perhaps the races are shorter, they have an artist who is extremely successful and lasts two or three years, with their exceptions, but they have been very adept at evolving,” Santa Rosa said in his speech. He passed through Guadalajara (western Mexico) to promote his new tour.

He argued that reggaeton and salsa have similarities in both “the origin and development” of the compositions. “It was like his seed, there are a lot of reggaeton fans who are very fond of salsa,” he said with a frank smile.

He considered that the success of this musical movement, classified as “urban”, has been such that singers of other genres sought to “ride” in it to “seek visibility”.

Santa Rosa, one of the referents of Afro-Antillean music, recalled that in its beginnings, in the 90s of the last century, the collaboration between singers and musicians “was almost impossible” even if both belonged to the same genre or record label. 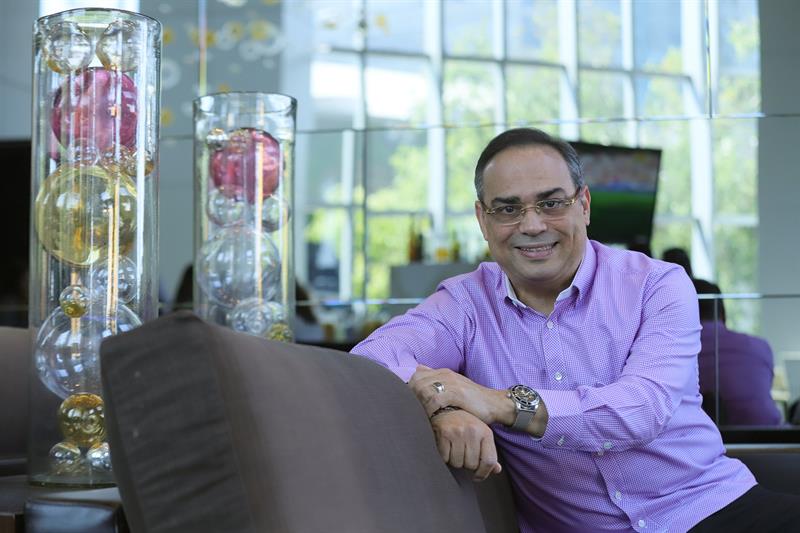 Now the duets have become common in an industry in which ‘pop’ performers coexist with ranchera music or those of the urban genre merge with those who make ballads, he explained.

“I’ve always said that people who criticize a certain genre with not listening to it have, but sometimes we want to impose tastes and we are reluctant to let go,” he said.

In the midst of these changes, Santa Rosa said he was “in full learning” not only because he was his own producer on his new album, which will be released in May, but because he has had to “acclimate” to the dynamics of a music industry Contemporary that measures the success in the number of “views” and “I like”, measures that the Internet imposed in recent years.

The author of “Crazy Shadow”, “Countdown” and “Live without it” said that digital platforms “are not the end of music” even benefit all players in the industry because it is easier to measure the popularity of a song or an interpreter.

“With this new trend towards digital artists, producers, musicians and composers receive the fruit of all that effort faster and more directly than in the old formula, in which there were fights with the record companies for the royalties, now the numbers are there at the hand of everyone, “he says.

Although his music has transcended the continent for decades, Santa Rosa affirms that new platforms and Internet stations have helped him reach new audiences such as those who do not speak Spanish.

After 40 years of career, he has 55, Santa Rosa considered that the secret to staying current in this environment is to defend a way of working and thinking and, above all, to safeguard an “artistic personality of his own”.

“These days the biggest challenge is how you transcend your career and do not let yourself be seduced by the new times, even if you participate in them,” he stresses.

Santa Rosa celebrates four decades of career with his tour “40 and counting” with which he will tread 40 cities in 19 countries, including Mexico where he will perform three recitals in Mexico City, Guadalajara, Puebla and Monterrey, on 7, 8, 9 and June 10, respectively. efe

The E3 fair, ready to unveil news from the video game industry

Everything is ready in Los Angeles to host the twenty-fourth edition of E3, the main video game fair, a date that will officially start...

By Heather Somerville and Alexandria Sage | Uber Technologies Inc on Thursday removed its self-driving test cars from California and put them on trucks bound...

Wall Street opens in red and the Dow Jones down 0.39%

New York, .- Wall Street opened Monday in red and its main indicator, the Industrial Dow Jones fell 0.39% in the face of a...

“Avengers: Endgame” actors leave their mark on the Walk of Fame

Los Angeles, - The cast of the superhero film "Avengers: Endgame" immortalized his prints on Tuesday at the Chinese Theater located on the Hollywood...

Parents who paid to bring their children to the United States clandestinely claim that they were forced to do so to save them from...