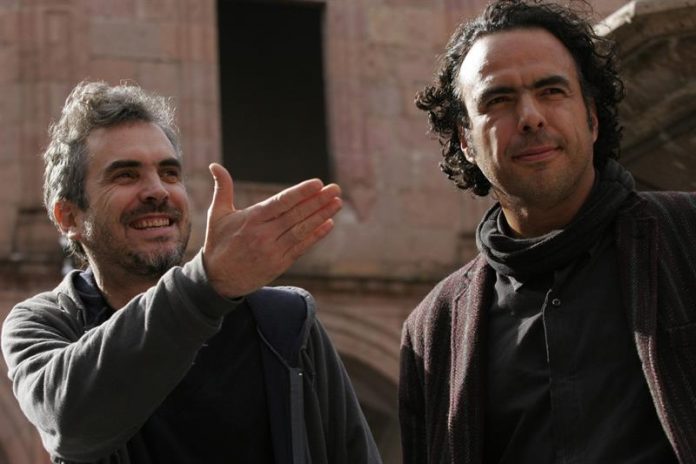 Marked by stereotypes and discrimination, Latinos are forced to seek “visibility” in the media, film and culture of the United States, says the historian and documentalist Raul Galván.

“Latin voices remain outside the journalistic coverage, where only the wall (which President Trump wants to build on the border with Mexico), crimes allegedly committed by immigrants, or Deferred Action (DACA), but without being consulted, “Galván said today during an interview in Chicago.

According to a report prepared by the historian for a meeting with students at the University of Wisconsin Stevens Point (UWSP), television coverage of the problems facing those protected by DACA offers many images of young people with posters, opinions for and against in charge of legislators and specialists, and many statistics.

“But nobody pays attention to who the ‘dreamers’ are, where they come from, what they study or how Trump’s decision to end the executive order of 2012, which gives undocumented youth a temporary status, will impact their lives. arrived in childhood, he said.

Galván, who is the production manager of public television programs in Milwaukee, Wisconsin, and has studied the issue of “invisibility” of Latinos in the mainstream media, said that newspapers and magazines have dealt with the DACA issue with some depth, but not television.

According to the specialist, a study conducted earlier this year by the blog “Media Matters” on the coverage of the executive order of President Barack Obama in the morning programs of three cable news networks, including CNN, concluded that “no one invited to immigrants or experts from immigrant groups “to discuss the issue.

“They have only been discussions that favor a superficial coverage of the issue,” Galván points out.

In his opinion, the same thing happens in the cinema, culture and other fields where the Latin presence deserves another type of exhibition, given the existence in the country of 56.5 million Hispanics, which correspond to almost 18% of the population .

Galván has worked for 30 years in the production of television programs and documentaries with arguments that celebrate the culture and history of Latinos in the US, “but the characters that resonate with the public are very few and limited.”

Among them, the one of Ricky Ricardo (played by Desi Arnaz), the Cuban husband of Lucille Ball in the series “I Love Lucy”, that was aired during a decade in the 1950s, or currently the Colombian Sofía Vergara, who plays Gloria in “Modern Family” and has become one of the best paid actresses of television.

“But all this is lost in the midst of the barrage of daily reports on caravans of immigrants who are moving towards the border from Mexico, gang violence, raids, arrests and deportations,” he said.

The absence of Latinos in major film roles has also created a sense of “invisibility” among Hispanic Hollywood artists, in an industry where 23% of revenues are sold to Latino audiences, according to Variety magazine.

In the executive chair, a triad of Mexican filmmakers has saved the faces of Hispanics in the Oscars in recent years: Alfonso Cuarón, Alejandro González Iñárritu and Guillermo del Toro.

“Historically, our representation in the mainstream media has been very scarce, the current reality means that the possibilities of seeing the real life of Latinos reflected on the screens continue to be minimal,” says Galván. efe