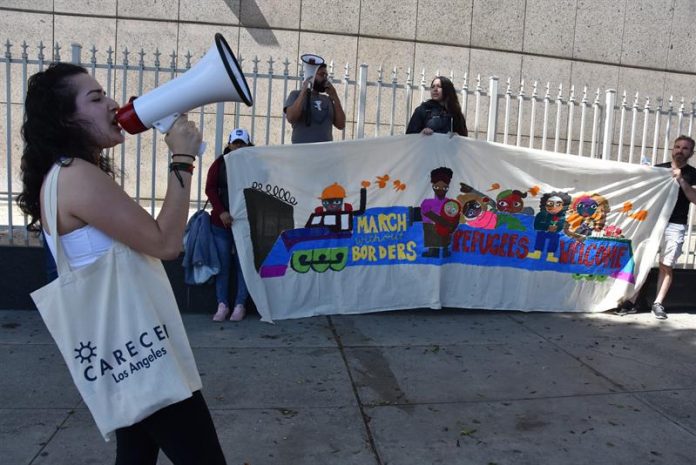 Activists in favor of the immigrants began an eight-day trek to the border with Mexico today in Los Angeles to “show solidarity” with Central Americans who want to reach US territory.

The walk started from outside the building of the Immigration and Citizenship Service (USCIS) of this city with the participation of fifty people, although it is expected that the route will join more, and will culminate next April 29 in the Park of Friendship, in San Diego, southern California.

In this place the organizers foresee meeting with part of the hundreds of Central Americans who for weeks have been traveling in a caravan to the Mexican territory in order to seek asylum in the US, a pilgrimage that has deserved the criticism and threats of President Donald Trump.

“(The Central Americans) are not going to be received with troops and rifles on the border, but with hugs from many Americans,” Tessie Borden, spokeswoman for the organization Clerigos y Laicos Unidos por la Justicia Económica (CLUE), told Efe. acronyms in English) and one of the participants of the walk.

Borden reported that immigrants arriving on the Mexican side of the aforementioned park, which extends to both sides of the border, will be advised by immigration lawyers to see the best way to submit an asylum application.

“They are coming here because they are desperate for conditions created by the United States, so we want to express our solidarity to welcome them,” said the activist.

Martin Pineda, of the Central American Resource Center (CARECEN), recalled that the so-called “caravan of the immigrant via crucis” is formed by a group of more than 1,000 people, 80% of them Hondurans, who in Holy Week began a walk towards to the north.

He added that these migrants flee violence in their countries of origin, where the cost of living is very high and they lack employment. 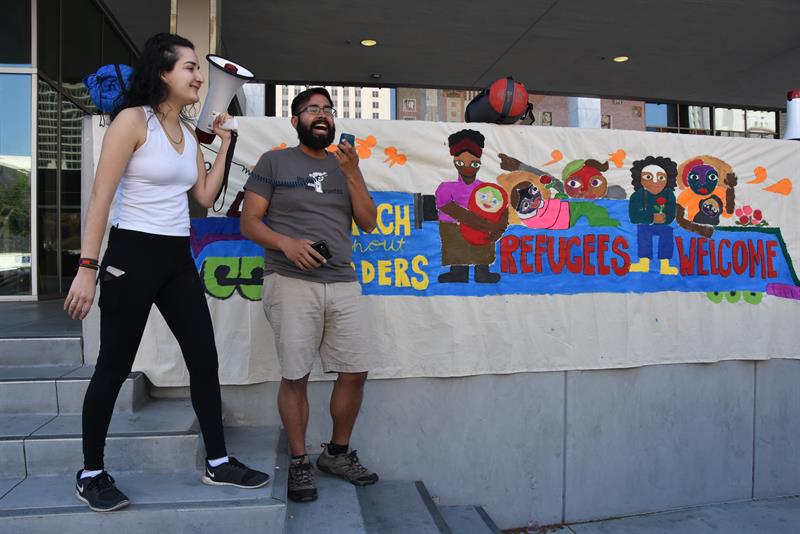 Olivia Cáceres, along with her 18-month and 4-year-old children, accompanied the beginning of the march “in solidarity” with “the mothers who emigrate with their children”, because she also lived the same before requesting asylum last year, according to Efe.

“One comes to protect the lives of the children, because they have no idea of ​​the level of insecurity that one feels when they live there” because of the action of violent gangs, said the Salvadoran.

Before the group began the walk, activist David Abud, with megaphone in hand, said that the walkers demand the United States “to end support for authoritarian governments in Central America.”

“We want an end to the militarization of the border and respect for the right to seek asylum for immigrants who seek to save their lives,” he added. efe