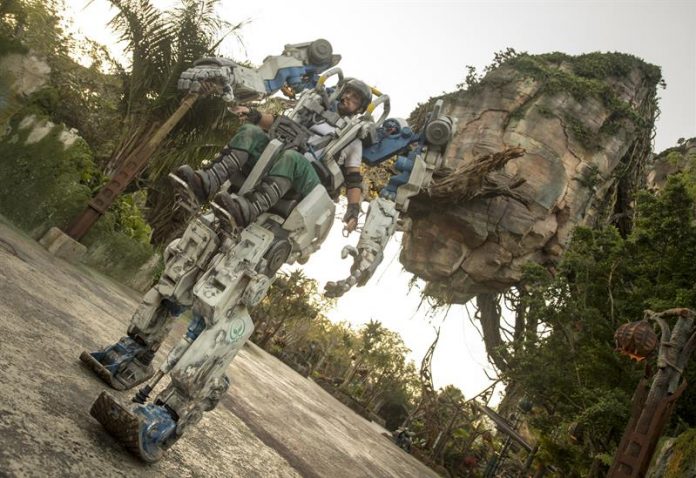 The new attraction of Pandora, which is located in Disney’s Animal Kingdom park, on the outskirts of Orlando, is based on the Augmented Mobility Platform (AMP), in which the film is up to date. highest grossing in history.

In the Pandora’s Costume of Utilities, a pilot is located in a small control booth ten feet high (3 meters) and from there he can control the “powerful and agile movements” of the device, according to Disney in a press release .

“This giant hexapod has articulated hands and allows a shoulder movement of more than five feet (1.5 meters) in length,” the statement said.

In the world of this theme park, the structure has been designed for the renewal of the planet and is a “perfect tool to collect samples of plants, study the flora and survive in the wild and abrupt terrain of Pandora”.

The pilot will interact with visitors, inform about the surrounding landscape and highlight the importance of protecting flora and fauna, explains Disney.

The premiere of this attraction in Pandora coincides with the twentieth anniversary of Animal Kingdom, which is celebrated today, on Earth Day, in accordance with its approach towards the conservation of nature and the world’s fauna.