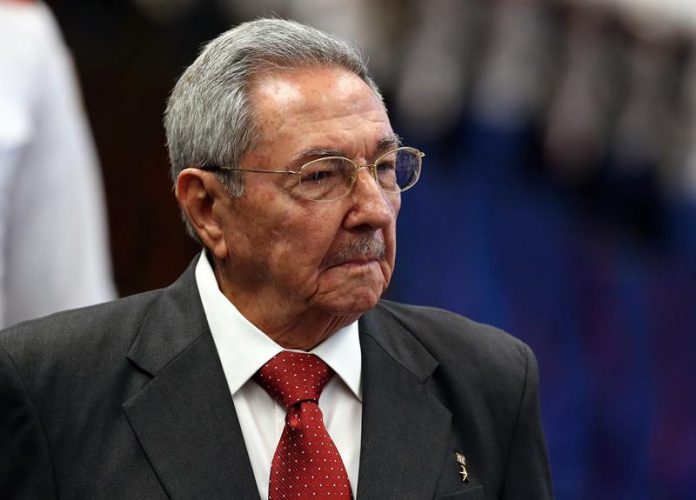 The White House said today that it will not change its policy of restricting trade with Cuba under the successor of Raul Castro, and expressed skepticism about any change in the island once the current Cuban president leaves office.

“The United States has no expectation that the Cuban people will see greater liberties under Castro’s handpicked successor,” a spokesman for the White House National Security Council told Efe.

“We will continue to show solidarity with the Cuban people in their petition for freedom and prosperity, so we are not expected to change our policy of directing funds to the Cuban people and away from Cuba’s military, security and intelligence services,” he added. the spokesperson.

The president, Donald Trump, expressed his support for the trade embargo against Cuba last year and announced several measures that, in practice, have frozen the process of normalization of relations with the island initiated by former President Barack Obama.

Trump has banned the vast majority of US transactions. with the Cuban Army, which controls a good part of the hotels and the retail trade in the island, and has restricted the type of trips that the Americans can make to Cuba.

In addition, Trump conditioned any negotiations with Cuba to improve relations to the island giving “concrete steps” towards the holding of “free elections” and the release of “political prisoners”, something that deeply irritated the Government of Raul Castro.

State Department spokeswoman Heather Nauert said Tuesday that she is not “optimistic” about the direction the island will take under Castro’s successor, because that transition “is not democratic.”

“We are very concerned about this, we would like citizens to have something to say about their political results, and this process (in the Parliament of Cuba) does not seem to let them have it,” Nauert told a news conference on Tuesday.

“We hope that the new president of Cuba will listen to the Cuban people, we are not sure that will happen, we would like to see a freer and more democratic Cuba, we will be observing it, but we are not too optimistic,” the spokesperson added.

The relations between Washington and Havana have been further weakened by the alleged “sonic attacks” against US diplomats in Havana, which led the Trump government to leave its embassy on the island under minimal and expel 17 Cuban officials from the US. UU despite the doubts about what happened. efe