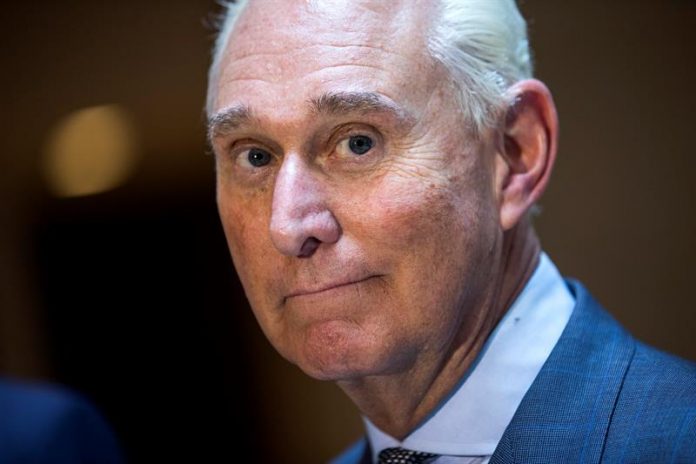 Roger Stone, a Republican strategist and advisor to US President Donald Trump for years, insulted former US President Barbara Bush, who died last Tuesday in Houston, on the Internet, saying she was an “unpleasant drunk.”

“Barbara Bush drank so much that if they grow it, her body would burn for three days,” he wrote on his Instagram account on the same day as the death of the wife of former president George H.W. Bush (1989-1993).

The comment has sparked the reaction of the Okaloosa County Republican Party (Florida), which resisted an invitation it had made to Stone for its annual dinner by rejecting his “derogatory” comments.

This organization “strongly rejects these statements and we have made the decision to end our contract with Mr. Stone for our Lincoln-Reagan Day Dinner,” said Mark Franks, director of OCREC.

“I thought it would be entertaining (invite), but for me this went over the edge,” he said.

In the same sense was pronounced in his Twitter account by Florida congressman Matt Gaetz, who noted that Stone has not had to insult the former lady.

The Okaloosa County Republican Party lamented last Tuesday the death of Bush, at 92, whom he described as a “prominent woman.”

Funeral service for former Lady Barbara Bush will be held this Saturday at St. Martin’s Episcopal Church in Houston, a place she and her husband attended regularly.

President Trump will not attend the funeral, but his wife Melania will go on his behalf.
The White House explained that Trump has decided not to attend the funeral to avoid “interruptions” due to the bulky security device that always accompanies the president.

The mother of the former president, George W. Bush (2001-2008), had long suffered from chronic pulmonary obstruction, which affected his cardiac capacity, which had led him to be admitted on numerous occasions over the past few years. years. efe