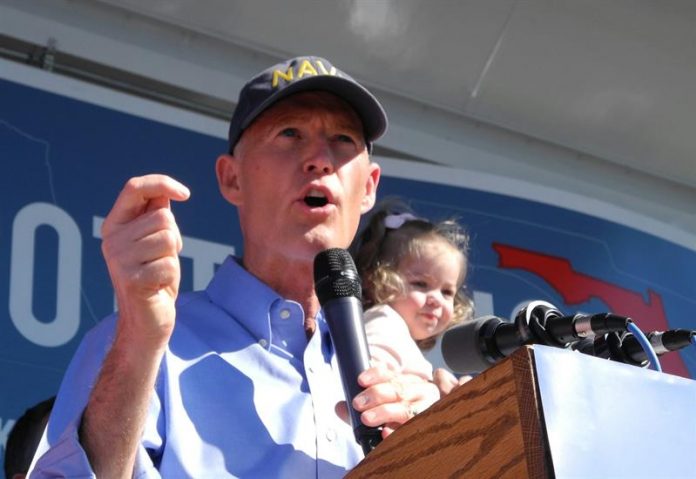 Two officers from the Gilchrist County Sheriff’s Office died today after being shot dead in a restaurant in Trenton, North Florida, by a person who also lost his life in the incident, authorities said.

According to the Alachua County Sheriff’s Office, on behalf of Gilchrist County Sheriff Robert Schultz, the incident occurred this afternoon when an unidentified person approached the Ace China restaurant in downtown Trenton and fired at officers who were They were inside through the business window.

When local police officers went to the scene they “found the dead shooter outside the shop, and both officers dead” as a result of the injuries, according to a press release from the police unit.

At a press conference, Sheriff Schultz identified the dejected officers as Noel Ramirez, 30 years old and seven as a uniformed officer, and Taylor Lindsey, 25 years old.
He also regretted that he “demonized” at the level that has been done to the forces of order in the country.

Authorities have not reported how the perpetrator was killed or his identity, although state prosecutor Bill Cervone told local Gainesville Sun, the person would have taken his life with a bullet in his car.

In a message on social media, the Gilchrist County Sheriff’s Office said the department “has suffered a terrible tragedy” and asked residents to avoid the area.

Trenton is a small town in northern Florida, about 35 miles (56 kilometers) west of the city of Gainesville.

The event, on which an investigation is still active, motivated a message from the president of the United States, Donald Trump, who these days is at his winter residence and social club Mar-a-Lago, in Palm Beach (Florida) .

“My thoughts, prayers and condolences are with the families, friends and colleagues of the two agents @GCSOFlorida (HEROES) who lost their lives in the line of duty today,” the president said on Twitter.

The governor for Florida, Rick Scott, also lamented the event and offered the police unit all the support needed from the state government, according to a statement distributed by his office.

“It’s really bad for someone to hurt a law enforcement officer, and in Florida, we have zero tolerance for violence, especially against the police,” Scott said.
The fact is investigated by the Florida Department of Law Enforcement (FDLE, for its acronym in English). efe