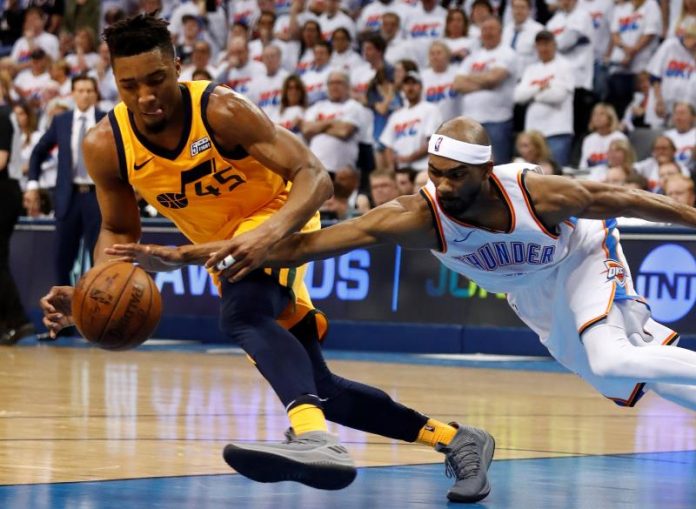 Rookie guard Donovan Mitchell, of the Utah Jazz, has established a new record in the playoffs by adding 55 points in the first two games and surpassing the 53 that the legendary got Michael Jordan in 1985.

Mitchell, aged 21, trained at the University of Louisville, and selected with the number 13 of the first round by the Jazz, again stood as the top encestador of the Jazz to provide 28 points in the second game of the eliminatory that his team won at home by 95-102 against the Thunder.

Apart from giving the victory to the Jazz, who are now tied 1-1 to the series, which play the best of seven and with the advantage of field in their favor, Mitchell has already become part of the history of the playoffs of the NBA to overcome nothing less than a mark of the legendary Jordan, considered by many to be the best of all time.

“The key was that I maintained my aggressiveness and pressure in the offensive game, regardless of whether I failed or not in the shots and penetrations to basket,” said Mitchell at the end of the game, which scored 10 of 25 field goals, but failed seven attempts of triples.

“I let my teammates know that I was not good from outside the perimeter, that’s why it was important to capture the rebounds and that was what they did great,” he said.

Mitchell admitted that the history of the game changed in the second half when his aggressiveness was more to the line of personnel and began to break the defense of the Thunder.

“For a player who was questionable before the game because of the discomfort he suffered in his left ankle, seeing what he did in the second half with his offensive aggressiveness was what re-launched us as a team,” said Quin Snyder, coach of the Jazz.

“I think if he felt some kind of discomfort, he did not show it on the field and played despite his physical condition,” he said.

The Thunder players, led by Puerto Rican forward Carmelo Anthony, admitted that during the first part they made a big mark on Mitchell, but then everything changed with the inspiration of the new franchise player of the Jazz.

“He scored good baskets and the whole team made adjustments in the second half and they were better than in the first game,” said Anthony. “Now what we need is to regroup and arrive in Utah with a winning mentality.”

But above all, the Thunder players are aware that if they can not control Mitchell with his defensive game, then his chances of winning at the Vivint Smart Home Arena in Salt Lake City will be very small.