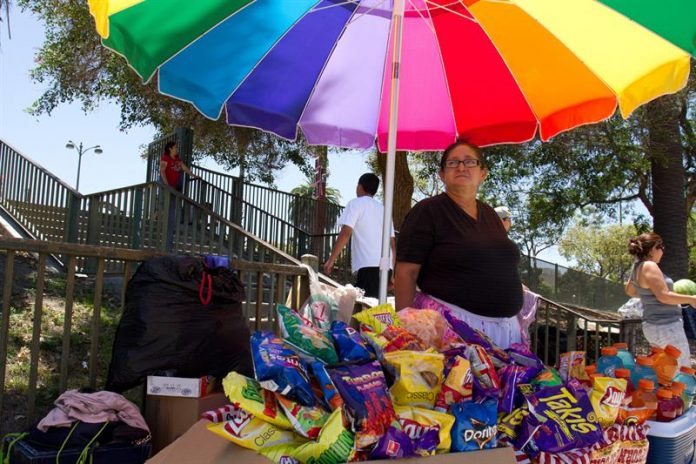 The City Council of Los Angeles announced today that street vendors will soon have regulations that legalize their sales.

In its ordinary meeting, the Council approved the elaboration of an ordinance that legalizes and regulates street sales, an initiative that has been debated for more than four years.

However, the agreement was on the verge of collapse because the final motion, which had to be approved today, eliminated the direct interference of legally established businesses on the decision of whether there were vendors on the sidewalks of their businesses.

Although it tried to be reintroduced again by Councilman Mike Bonin, the motion was not accepted, so the ordinance leaves out the so-called “veto of business”, much criticized by street vendors.

“No to the veto! That hurts us sellers (street)”, claimed in his participation before the Council Caridad Vásquez, a street vendor in East Los Angeles.

Street vendors complained that businesses with physical premises force them to pay fees for allowing them to sell on their streets.

“We are in complete disagreement with the veto (…) We work very hard from dawn until late at night, we contribute to the economy, we are a working community but we refuse to continue being extorted by business owners,” he complained. Águeda García, another street vendor.

Instead of the veto, established businesses may appeal street sales permits based on “health or safety” concerns.

Councilman José Huízar, who has been working on the proposal since 2013, stressed that street vendors “want to get out of the shadows and pay taxes” so it is important to give them that opportunity now.

With the approval of today, an ordinance will be drawn up that includes the main guidelines for the exercise of the street sale and that will have to return to study of the Council in the next weeks.

In February of 2017, the Council withdrew the quality of offense to the street sale in order to protect many of the street vendors who are undocumented.

In this way, street vendors who are identified by the authorities must pay a fine, but this will not be recorded as a crime in their history to avoid initiating a deportation process.

According to data from the mayor’s office, in Los Angeles there are approximately 20,000 street vendors who work without permission. efe