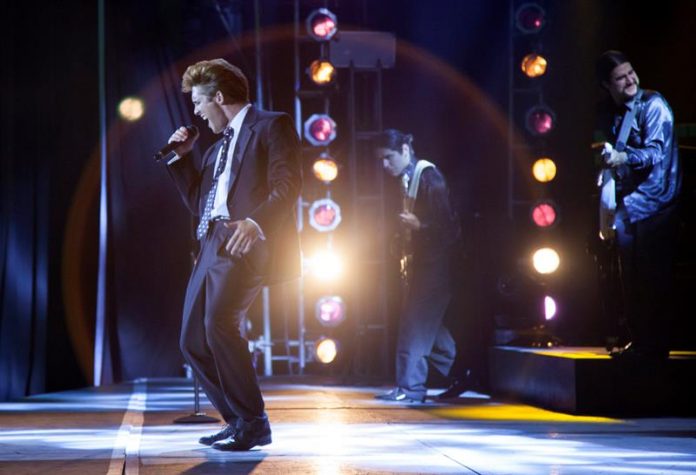 Beyond the success of the emblematic singer, “Luis Miguel La Serie” has the challenge of showing the other side of the star and making it human for the audience, as explained by the distribution of the production.

“My job was to humanize a myth”, with its weaknesses, its fears and all that is the “dark side” that is not known so much, said in a meeting with media Diego Boneta, who plays the “Sun of Mexico” in the series that Telemundo and Netflix will premiere next April 22.

For months, the actor – who here also works as a producer – immersed himself in the character of Luis Miguel, for which he helped, in addition to a rigorous documentation process, the characterization, since he dyed his hair and even separated his teeth in order to resemble him more.

“I did not realize how stuck I was until I finished the series,” says the interpreter of “Rock of Ages”, who came to not recognize himself in the mirror once it came off his characterization.

One of the challenges involved in filming was filming without continuity -the series makes constant jumps of time between the singer’s childhood, his beginnings and his years as a consolidated artist-, so Boneta struggled to take notes on how the idol was in each stage of his life, thanks to videos and talks by people nearby, to “understand who Luis Miguel was” in each age.

Apparently, his work – which also included singing the artist’s well-known songs – paid off, as Luis Miguel saw the reproduction of the video clip “When the sun warms up” and congratulated Boneta saying “Este soy yo”.

“They are going to see the story of a human being”, advances Juan Pablo Zurita, who plays the role of Álex, brother of Luis Miguel, who “carries the thread of the family” and tries that Micky, as the singer is affectionately called, put your feet on the ground. 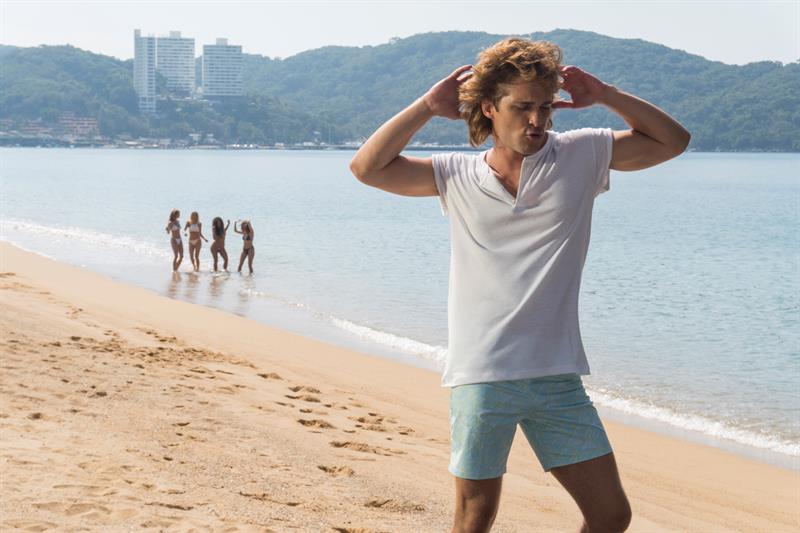 The “youtuber”, who performs his first role as an actor here, considers that the moral of Luis Miguel’s story is that “everyone can, but it’s not easy”.

In your specific case, participating in the production has opened new horizons. “After the series I feel much more capable than before,” he says, adding that he will pour all his learning into the next videos that he uploads to the internet to make them more authentic.

The history of the series has the approval of the interpreter of “The unconditional”, and was written by Daniel Krauze based on his stories.

Camila Sodi relates that this aspect greatly conditioned the approach to her character, Erika, because it is not a direct testimony but “it is the memory that Luis Miguel has of her, filtered by the pen of Krauze”.

Maintaining an aura of mystery around Erika, she explains that, according to what the singer says, “she is the love of his life”.

To get into the role, the actress had to work to find a balance: on the one hand, it is a “strong and independent” woman, but on the other, at that time “everything oscillated around Luis Miguel”.

“Human relationships are super complicated, and if you add the ingredient of being very, very famous, it’s unsustainable,” he reflects.

Like his classmates, Sodi had a meeting outside the set with the character he plays, so he could dissect his gestures and way of moving.

Although, he says, he did not want to ask his point of view about the events that the series tells and how he remembers them: “I am very prudent with the private life of people,” the actress acknowledges. efe