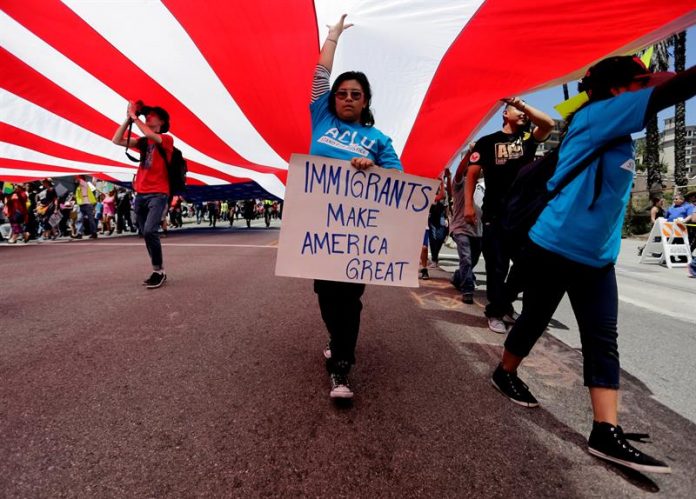 Activists in Wisconsin are promoting another “Day without Immigrants and Latinos” for May Day, this time to protest against the Waukesha County Sheriff, the most conservative in the state, whom they accuse of wanting to legalize discrimination against immigrants.

Voces de la Frontera and other groups organize what they call a community general strike to reject Sheriff Eric Severson’s decision to approve the 287g program, a collaboration agreement between local law enforcement agencies and the Immigration and Customs Enforcement Office (ICE). ).

“Waukesha is the conservative and republican heart of Wisconsin, a place prone to legalize discrimination and racial profiling of Latinos,” activist Christine Neumann-Ortiz told Efe about this county with 70,000 inhabitants, of whom 18,000 are immigrants. Hispanics

The activists ask the immigrants, as a protest, not to work that day in the entire state, to close their businesses, take their children out of the schools, boycott the consumption and go to the city of Waukesha.

“We want the sheriff to reject the program,” said Neumann-Ortiz, executive director of Voces de la Frontera, who noted that 40% of Wisconsin’s economy depends on the dairy industry, where 89% of workers are undocumented.

According to the activist, the contract with ICE was signed last November for the training of four officers from the Waukesha County jail.

“Severson wants to work together to accelerate deportations, as President Donald Trump ordered, and to turn his men into agents of ICE,” he added.

A similar agreement to incorporate Milwaukee County into the program, where local agents receive ICE training and may apply federal immigration laws, was rejected last year after protests and a general strike against Sheriff Dave Clarke. efe