An exhibition that will open tomorrow in Miami gathers more than 50 posters of Soviet propaganda, representative of the graphic art created in the period between the two world wars to promote in a simple and direct way the values ​​and achievements of the Revolution.

The Wolfsonian, a museum owned by Florida International University (FIU) that brings together hundreds of thousands of objects from the “modern world”, hosts the exhibition “Constructing Revolution”, organized by the Bowdoin College Museum of Art, Brunswick (Maine).

Next to this exhibition is the installation “Red and Black: Revolution in Soviet Propaganda Graphics” (Red and black: revolution in the graphics of the Soviet propaganda), made with newspapers, newspapers, brochures and cards.

Both exhibitions highlight the ties between the world of culture and the revolutionary ideology after the 1917 Revolution and how the designers were inspired by utopian ideas to develop new techniques of visual persuasion on behalf of the Soviet regime, according to a press release. Wolfsonian 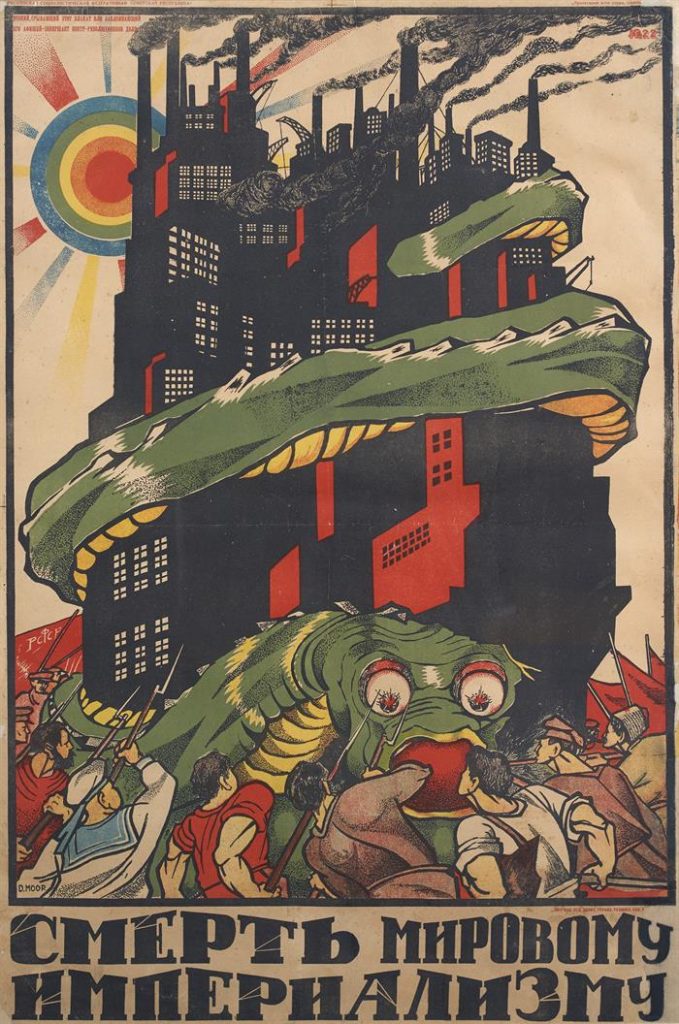 “These works speak of the paradox of the Soviet Union of the early decades, when utopia and manipulation went hand in hand,” says Jon Mogul, associate director of curatorship and education at the Wolfsonian in a statement.

Many of the pieces that are part of the exhibition and the installation have been borrowed by collectors Svetlana and Eric Silverman and some are signed by renowned avant-garde artists such as Vladimir Mayakovsky and Alexander Rodchenko.

The posters of “Constructing Revolution” date mostly from the period 1918-1932, which, according to the curators of the exhibition, was characterized by an aesthetic freedom that would not be seen later during Stalinism and by a great “visual energy”.

The avant-garde artists of constructivism, such as Rodchenko, Gustav Klutsis, Georgi Vladimorich Kibardin and Valentina Kulagina, put themselves at the service of revolutionary ideals and thus came up with impressive posters that with very few words and the use of color, geometry and techniques such as photomontage They said a lot.

“Death to World Imperialism” (1919) by Dimitrii Moor, in which imperialism is depicted as a monster in the shape of a green dragon, “Down with the slave kitchen” (1929), by Grigorii Shegal, on the promise of liberating the women of their domestic tasks, “Workers and Workers, All to the Choice of the Soviets (1930) of Klutsis, are some of the outstanding pieces.

“Constructing Revolution” will remain open until August 12 and “Red and Black” until the 5th of the same month. efe