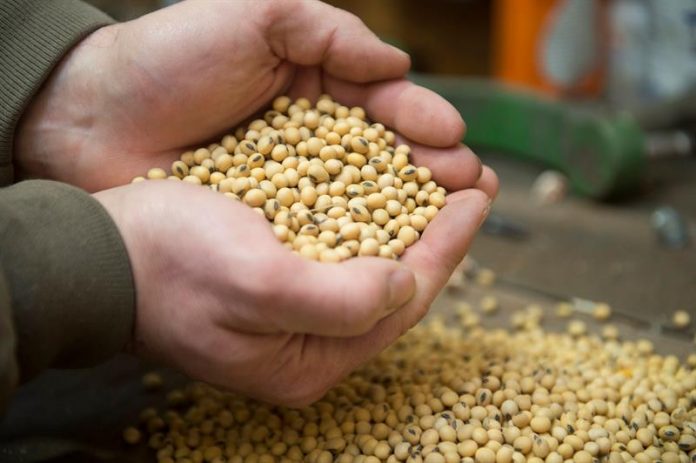 “A hypothetical trade war between the US and China could open opportunities in Latin America, especially in the exports of some products with which they compete with US producers,” Powell told Efe at a meeting at IDB headquarters in Washington.

In this regard, he gave as an example the fall in the price of soy on the Chicago Mercantile Exchange (CME), the world’s largest derivatives market, after Beijing announced its intention to impose tariffs on exports of that product from USA

“This can be an advantage for soy-producing countries, such as Argentina, Brazil and Uruguay, which will be able to increase their exports to China,” Powell said.

The economist, however, said that the confrontation between the two powers could also have a negative impact on the Latin American region if the growth of the Chinese economy, with a close relationship with several countries in the area, is affected.

“The measures that have been taken between both countries so far are very small compared to their GDP, we are not talking about something very significant, the concern will increase if this situation intensifies,” warned the expert, who analyzed the report today. hour of growth “, a macroeconomic study of Latin America and the Caribbean.

In this analysis, the IDB warned that despite the fact that the fundamental indicators point to a growth of the global economy of 3.9%, the economy in Latin America and the Caribbean will only grow by 1.9% in 2018.

These perspectives, which were announced last week at the IDB annual meeting held in Mendonza (Argentina), predict that the region will grow at an insufficient pace, hindered by the low investment of the growing middle class.

The president of the IDB, Luis Alberto Moreno, acknowledged that an alleged trade war between the United States and China is a cause for concern in some countries.

“That was one of the concerns this morning while we looked at the macroeconomic report, some governors raised this issue,” Moreno said in statements to Efe.