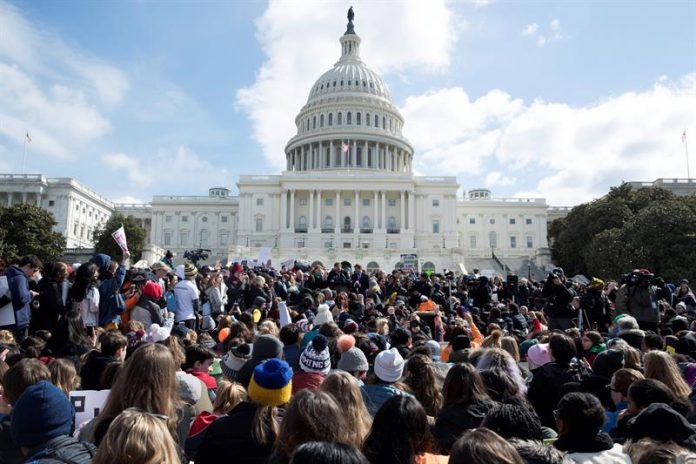 20% of the population of the country, one in five, has participated in some political demonstration during the last two years, which have been marked by a high polarization, according to a study published today by “The Washington Post” and the Kaiser Foundation Familia.

Of the tens of millions of adults who have taken to the streets to protest, an immense majority, 70%, disapprove of the work of the president, Donald Trump, while a 30 approves.

Half of the people who chose this route to show their disagreement did so in reaction to the president; within these, 60% is shown against the tycoon and 40%, in favor.

According to the survey, of the millions of people who have protested since 2016, 19% were people who say they have never done it before.

More than half, 52%, marched for a cause identified with the liberal ideology – close to the Democrats – and only 12% did so for a purely conservative cause.

The study also noted that among the individuals who were mobilized, a third said they were volunteering or working for a campaign ahead of the November legislative elections.

About the affiliation of the protesters during this time, four out of ten – 40% – is recognized as a Democrat, by only 20% of Republicans, while 36% does not identify with any of the two formations and is situated as independent.

Most of the protesters respond to a high profile of training, since 79% say they have graduated from some degree of higher education at the institute.

On the other hand, 44% of the individuals who chose to make their disagreement public are over 50 years old and 36% have an income of more than 100,000 dollars per year.

Among the issues that have most motivated these demonstrations are the rights of women, the environment, immigration, the rights of the LGBT collective (lesbian, gay, transsexual and bisexual) or arms control.

The study was conducted through interviews with 1,850 adults between January 24 and February 22, 2018, presenting a margin of error of 3 percentage points.

This survey, therefore, was completed before the massive marches in favor of greater control of arms in the country after the massacre of an institute in Parkland, Florida, and reveals a large social mobilization to just a few months of the November elections. efe