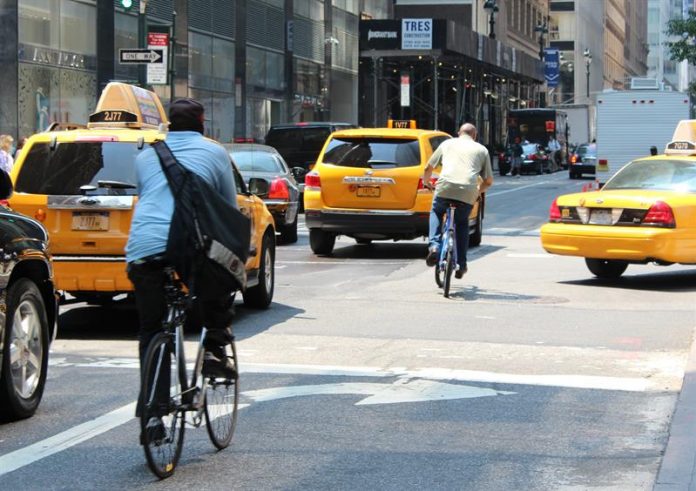 The congestion charge included in the New York budget for 2019 is seen as a new blow to the finances of the emblematic yellow taxis in the city, faced with growing competition from Uber and Lyft, also sheltered by the new measure.

The governor of the state of New York, Andrew Cuomo, “the poorest people, the lowest income in the city, is now putting a tax” for each trip to southern Manhattan, the president of the Federation told Efe of Taxi drivers from New York, Fernando Mateo.

Cuomo announced on Friday the approval of a budget of 168.300 million dollars for the fiscal year 2019, in force from this Sunday, which includes, among others, a surcharge of 2.50 dollars for users of yellow taxis and 2.75 dollars for those who travel in Uber, Lyft or similar south of 96th Street in Manhattan.

Also those who use shared services such as UberPool must pay $ 0.75 each.

This rate is part of a long discussion to decongest an area of ​​Manhattan, a measure that, according to The New York Times, has worked in London, Stockholm and Singapore, but in New York has been stuck since the 70s.

The taxi drivers do not pay, they are the passengers, Mateo clarified.

The additional resources generated by this charge will be directed to the Metropolitan Bus Authority (MTA) of New York to finance, among others, the underground service and other improvements to external transportation.

But for Mateo, this charge is “taking away business from drivers who are making less money”, since “there are going to be fewer people using the taxi service” to that area.

And lamented that this comes to aggravate the situation of taxis, guild, he said, is burdened by different problems that have led in recent months to a “three or four drivers” to take their own lives.

In particular he related the situation of the so-called taxis with medallions, as it is known to the official permit granted by the city, an asset for drivers whose cost has plummeted from one million dollars to between 150,000 and 200,000 dollars.

“The medallions have come down in price in a drastic way, 85% of the value has gone,” said the Dominican leader, who estimated that about 60% of taxi drivers in New York are of Latin origin, followed by Indians and the Africans.

This is compounded by the situation of those offering the taxi service without “medallion”, whose number has tripled in the last five years.

Mateo recalled, and this is confirmed by figures from the Taxi and Limousine Commission of New York, that yellow taxis -the ones that in different films filmed in the Big Apple flood the streets and call the protagonists- are more than 13,000 licensed, while that there are 50,000 of other types in the five boroughs of the city.

The Times, for its part, points out, also citing the Commission, that in the city there are more than 103,000 rental vehicles or that they provide the transport service, which is “more than double the approximately 47,000” that was in 2013.