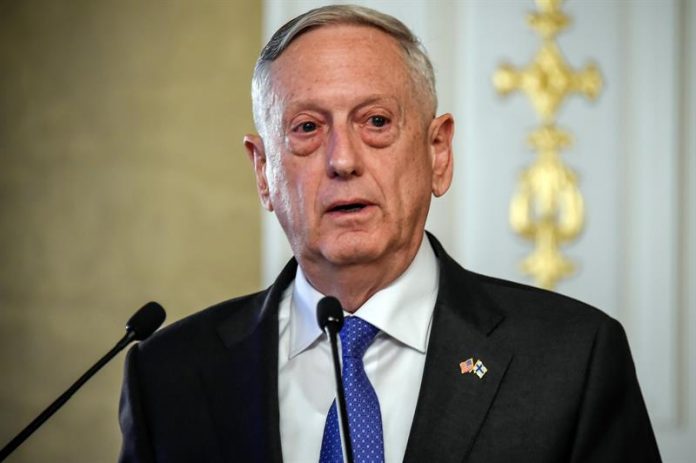 The United States began today the military deployment of the National Guard on the border with Mexico that President Donald Trump ordered this week to fight irregular immigration until the construction of the wall is completed.

The Pentagon authorized the use of 4,000 soldiers of the National Guard, although it did not specify how many have been deployed so far or where.

The National Guard a reserve corps of the Armed Forces of the United States under the control of the states, that is why its deployment depends on the governors.

Before the statement by Mattis and Nielsen, the state of Texas has already announced the “immediate” deployment of 250 soldiers on its border section by order of its governor, Greg Abbott.

It is about 250 troops whose deployment will be completed in the next 72 hours and that is added to a hundred national guards that Texas already had on the border since a migration crisis of 2014.

The governor of Arizona, Doug Ducey, also announced today the shipment starting next week of 150 soldiers of the National Guard to his border zone.

Abbott and Ducey are Republicans, as is the governor of New Mexico, Susana Martinez, who, without giving figures yet, has shown her support for the deployment.

It remains to know the level of collaboration of the fourth state that shares the border with Mexico: California, whose Democratic leaders have opposed the majority of Trump’s immigration measures to date.

Trump ordered the militarization of the border on Wednesday in an attempt to build muscle against what he considers an intolerable increase in illegal immigration.

Trump’s interest in the militarization of the border was unleashed last weekend when he learned that a caravan with hundreds of Central American immigrants was traveling through Mexico to the United States.

The US law prohibits the use of the military for tasks of security and public order at the national level, so the National Guard will have a limited role in the border and will not be able to stop immigrants arriving in the border area.

The National Guard is expected to help border agents in tasks of “aerial detection, transportation, repair of the border wall and logistical support,” the Customs and Border Protection Office (CBP) told Efe.

Trump is not the first US president to send soldiers to the border with Mexico: in 2006, George W. Bush ordered the deployment of some 6,000 members of the National Guard, and Barack Obama assigned 1,200 members of the same body in 2010. efe