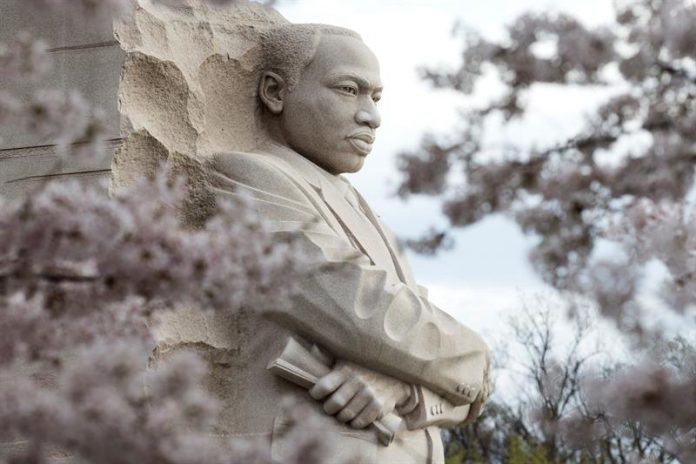 Fifty years after the death of Martin Luther King, thousands of people gathered today in front of the balcony of the Lorraine hotel in Memphis in which he was murdered, and also across the nation, to celebrate his life, his legacy, and remember that your “dream” is still to be fulfilled.

The banners with the slogan “I am a man”, which was coined by the leader of civil rights during the garbage strike that he supported shortly before his assassination, dressed the King tribute ceremony, full of African-American leaders, religious and activists.

Half a century later, and for the first time together again, Reverend Jesse Jackson and former Ambassador Andrew Young climbed onto that balcony where they saw King King dying at his feet, the only remaining living leaders of that group that changed the history of the civil rights of the United States.

“A crucifixion happened here,” said the reverend, comparing the figure of Jesus with the “martyr” in which Dr. King became.

“If Atlanta were his Bethlehem, if (the church) Mason Temple were his Gethsemane, this was his Calvary, but right around the corner is the resurrection, and he is alive!” He assured the audience.

Jackson recognized the lights of hope regarding current injustices, and considered that the spirit of Luther King “lives” in some of them, such as the recent student movement for the control of weapons “Never Again”, born after the shooting of a high school in Florida. 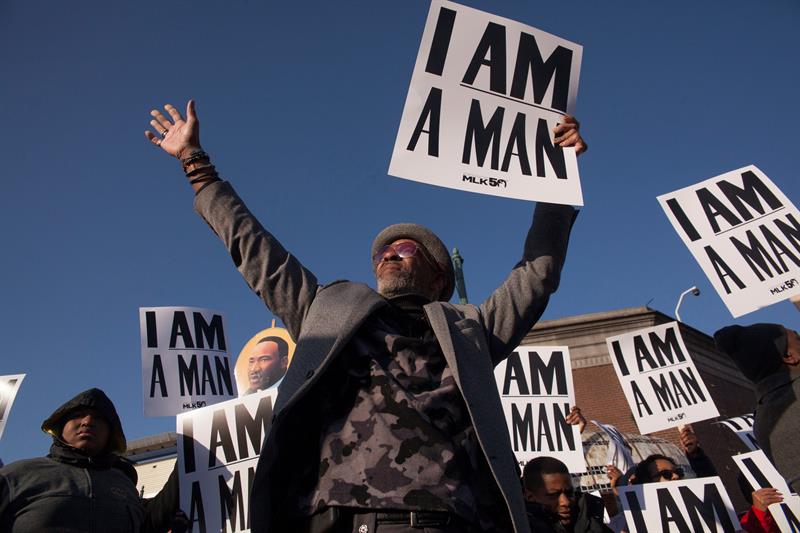 “When those guys march to ban assault rifles and weapons … He’s alive,” he said.

But Jackson reiterated that it is not enough to admire his figure, and insisted that those who value justice and equality “must” have the will and courage to follow his example and “fight for the things for which he fought.”

“That night,” he said, “we decided that a bullet was not going to kill an entire movement.”

Many of the attendees gathered before the ceremony in front of the headquarters of the American Federation of State, Municipal and Local Employees on Beale Street, where 50 years ago garbage collection workers demanded a living wage.

Some of them were there 50 years earlier and decided to march a few miles today in King’s tribute to remember that they risked their lives for them and that made them “proud” of who they were despite their poverty.

Others, like Ron Forseth, religious leader and activist of the Pearson organization, who works for racial integration, traveled 80 kilometers along with a group of young people covered by his program with the vocation to reach Memphis and raise their voices for King.

Forseth explained to Efe that they began their march last Saturday, and that their main objective is to contribute to the “dream” of Martin Luther King.

“We are here to fight for racial reconciliation, for social justice, economic justice and for peace,” he said.

The president of the Democratic National Committee (DNC), Tom Pérez, also attended the tribute, who told Efe that the way to fulfill the dream of the leader of civil rights is through the exercise of the vote.

“The most important thing we have to do to realize Dr. King’s dream is to vote. (…) Republicans are spending a lot of time making the voting process more difficult, and Democrats are trying to assist these people to that they can exercise their right, “he said.

Perez also recalled the “divisive” nature of the government of President Donald Trump, and considered that his attitude towards minorities and immigrants is the opposite of what King defended fifty years ago. efeusa