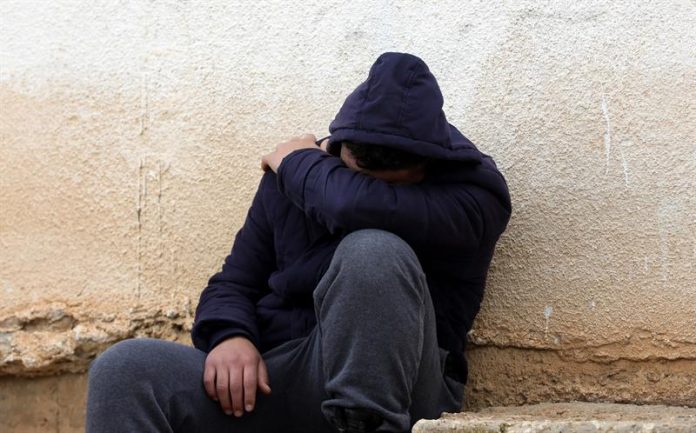 When Ana Martinez decided to end a relationship with her partner after eight years, she never imagined that this step in her life was going to continue to hurt her in the future.

“I have been suffering from depression for just over two years, the first crisis occurred when I left my partner, I began to live with a terrible sadness and a feeling of loneliness that changed my life, I even quit my job”, tells Efe this graduate in pedagogy.

Ana is just one among more than 300 million people in the world who suffer from depression, a disorder that, according to the World Health Organization (WHO), is the leading cause of disability worldwide.

In Mexico, according to the National Household Survey 2015, prepared by the National Institute of Statistics and Geography, in that year 57.2 million people said they had felt depressed at some time in their lives.

“It is a disease that causes sadness, inability to enjoy things, to concentrate, there are people who can sleep a lot or little, sometimes lose their appetite or eat more, they have headaches or stomach pains,” explains psychiatrist Dennis Rivera, of the Mexican Psychiatric Association.

Ana accepts that depression began to affect all aspects of her daily life.

“One depressed does not pay, does not concentrate, I had difficulties to complete tasks, to take care of my work, to support certain situations with my family, and I used to spend most of my time crying, I worked in a school, but I quit because I could not cope, “he explains.

According to a recent WHO study, it is estimated that depression and anxiety disorders cost the world economy $ 1 billion annually in lost productivity.

The psychiatrist points out that the causes of depression can be multifactorial, ranging from genetics to environmental factors.

“This is aggravated by poverty, lack of work, natural disasters, people lose their homes, their jobs, which affects the possibility of having a depressive picture,” says the expert.

But not only that. Rivera also points out that when this condition is not treated, it can sometimes lead to suicide.

“I tried to kill myself some time ago, the most shocking thing was that it was not until that moment that I realized that I had always been depressed and I had not noticed,” recalls Laura Pérez, a 36-year-old chemical engineer.

Laura says that she lived a difficult childhood, with financial shortages and a single mother who had to work all the time. “And I think that’s why I feel upset with my life, with everything,” he agrees.

Her emotional state, she says, affected her employment in a risk control company, because when she felt bad, she avoided going to work, so she was fired.

The psychiatrist Dennis Rivera indicates that, according to some studies, in Mexico people lose up to 2.7 days of work due to depression. “People stop going to work more for this condition than for other chronic diseases,” he says.

According to the specialist, one of the main problems that prevent people from seeking help to get out of depression is the stigma attached to this condition. “It is a condition that is associated with weakness, and people are afraid to ask for help because they do not want to be criticized,” he explains.

However, the expert argues that, with adequate treatment, which is generally based on drugs and therapies, and the willingness of the patient to remain cared for, this disease has a solution.

Today, Ana has managed to improve psychically thanks to professional help: she found a new job in an editorial of educational textbooks and is excited to have a relationship.

At the same time, Laura began therapies recently and is dedicated to walking dogs, which she has taken “as a therapy also because it has given me emotional and economic stability”.

Dennis Rivera recommends being alert to the symptoms of depression. “If you have sadness, apathy, you cry easily, you have insomnia, you do not enjoy things and you see that those symptoms last more than two weeks, it’s time to ask for help,” he says.

Remember that this condition can affect anyone at any time of life.

“Depression is not related to a socioeconomic level, to a group, to a profession, it can give us all, but the most important thing to overcome is to first recognize that we suffer from it and then accept professional help,” he concluded. efe